Why is Rick Barry so hated while Kobe and Jordan are so beloved despite also being hard on their teammates?

Rick Barry and Kobe actually share a lot of crazy similarities, from their arrogance/hyper competitiveness to disdainful treatment of their teammates to them both giving up on their team in a Game 7, BOTH against the Suns. Both were fierce competitors on the court who’s perfectionism irritated teammates and opponents alike. The difference is – Kobe is one of the most beloved athletes of all time and Barry is one of the most hated. Why is that?

Here’s what I can think of:

-Rick Barry was not a good father by many accounts. Kobe is recognized as a great father.

-Rick Barry had mamba mentality at a time when being a great teammate was paramount. He was most definitely robbed of an MVP since MVPs were voted on by players back then. Jordan made having ultra-competitive asshole energy cool, and Kobe followed Jordan in having the same kind of attitude. Had Rick Barry played in the modern nba, he’d be viewed quite differently – as a killer competitor rather than a prick.

-Kobe and Jordan were both much more athletic, more marketable and had more championships. This made their arrogant attitude a bit more easier to tolerate. Kind of like how Steve Jobs was an asshole but because he accomplished so much, people ended up still idolizing him. Poor Rick Barry only had one championship to his credit, and thus made his arrogance harder to justify. Despite being an all time great player, Barry isn’t nearly ranked as high as Kobe and Jordan usually are.

-Rick Barry was also seen as a racist, probably stemming from the one incident with Bill Russell that he had while they were commentating together on a match in the 1980s. He also made fun of Southern people’s accents when he refused to play for the Virginia Squires. Whether Barry was actually a racist or his lack of a social filter always speaking what’s on his mind, I’m not sure.

-Kobe also had that infamous rape trial, but seems to be totally forgiven and swept under the rug now. Barry does not get forgiven for any of his past behavior in contrast.

Now keep in mind, I’m a Rick Barry fan and I’ve watched a lot of his interviews and podcasts online, and never in any one of them have I ever seen him act like an asshole or a prick. He’s always given sound basketball analysis and advice and championed the play of his children, so I’m not sure where all the hate for Barry comes from – is it from people hearing about his past incidents or whether he’s just misunderstood. Like Barry himself says ‘I don’t know why so many people get this impression about me when they’ve never even met me!’

In any case, it seems like there is an unfortunate double standard in how people view Rick Barry and Kobe/Jordan despite their similar arrogant/competitive attitudes. Whether or not Barry deserves the hate – I’m not sure, but personally I think he’s a bit misunderstood, and probably doesn’t deserve to be hated the way he is, at least not while Kobe is praised for the way he is. One thing is for certain which is that Barry seems to have burned a lot of bridges in a way that Kobe/Jordan did not.

Below you can see all the evidence of Kobe being an asshole that he is either excused for or praised for: 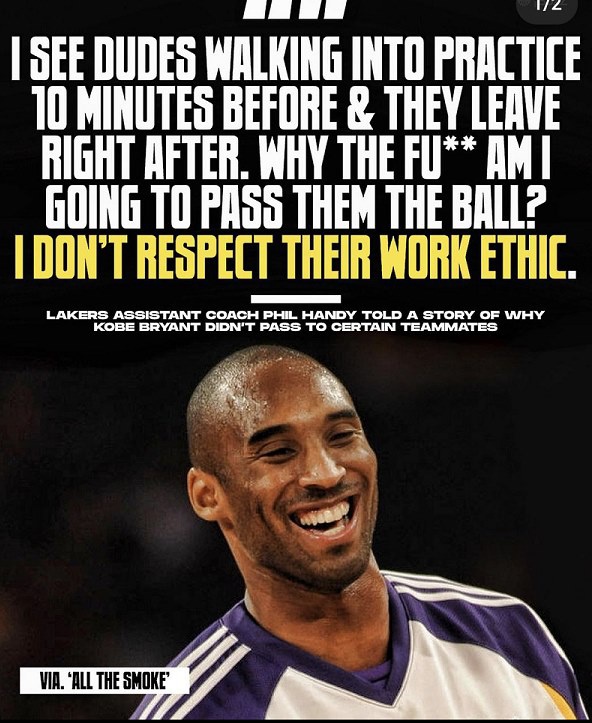 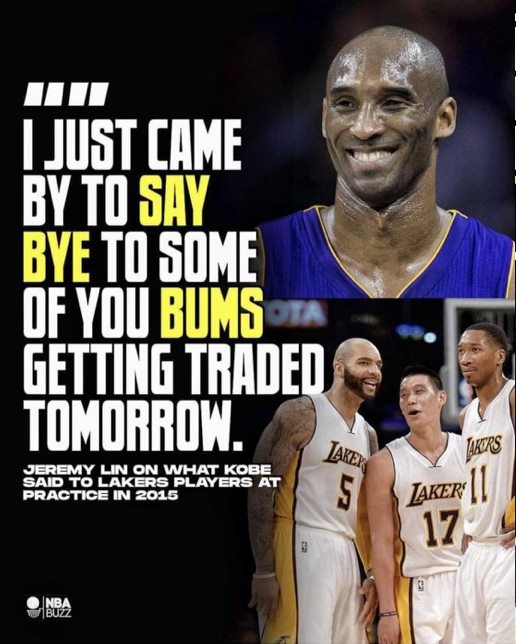