Why do many Chinese netizens hate Koreans?

mainland Chinese people, especially netizens are incredibly nationalistic. I would say that its more that they hate EVERY other Asian country. Japan, Korea, Taiwan, Vietnam etc I think a lot of it is due to 1) arrogance because China is the world’s #2 power and 2) jealousy of Korea/Japan due to them having more cultural influence despite China’s 5000 year history of being more powerful than them.

But, there’s no reason for China to hate Korea:

-Korea has never invaded China in its history, or any other country for that matter

-Online rumors of “korea claims ____ (of Chinese origin) is korean” is totally false. I have many Korean friends, and none of them believe this nonsense.

-More Chinese tourists do plastic surgery in Korea than native Koreans do. I have friends who work at plastic surgery clinics who know this to be true, plus you can look up the stats. Also, most Korean women have not done plastic surgery. This is exaggerated by online rumors.

-the THAAD placed in Korea was USA’s doing, not Korea

-Lots of Koreans are learning Chinese to do business with them. Lots of Kpop stars release Chinese versions of their songs to appeal to Chinese. How many Chinese are learning Korean?

-Chinese like to exaggerate how nationalistic Koreans are. In my years living in Korea and having well over 300+ Korean friends I have not seen them act nationalistic in any way. Many Koreans don’t have any ill feelings towards China (except for the ‘microdust’ issue perhaps) and there’s an Asian Boss video where they interview Koreans on the street about China and most of them seem very neutral about China. On the other hand there was another Asian Boss video interviewing Chinese on the street (Shanghai) about Korea and there seems to be Chinese that just hates Korea for no apparent reason at all.

in my opinion there shouldn’t be any ill will between the two countries; there just isn’t any valid justification for China hating Korea. The reason seems to stem from misconceptions, false rumors and jealousy, that’s it. It’s unfortunate.

For example, I was making ramen with my Chinese friend one time and he noticed I had a bag of Shin Ramyun and said ‘Oh you know what? Chinese ramen is better! you should try it!’ like even something like a freaking bag of ramen… and you know what, Chinese people seem to think that Koreans think they are superior but in my time in Korea I never once met a Korean who said something like ‘___ (Korean) thing is the best / better than Chinese!’ I never met any girls who boasted that Korean girls were superior to Chinese girls, etc. It’s bizarre how Chinese just randomly antagonize Koreans without any factual proof or evidence. 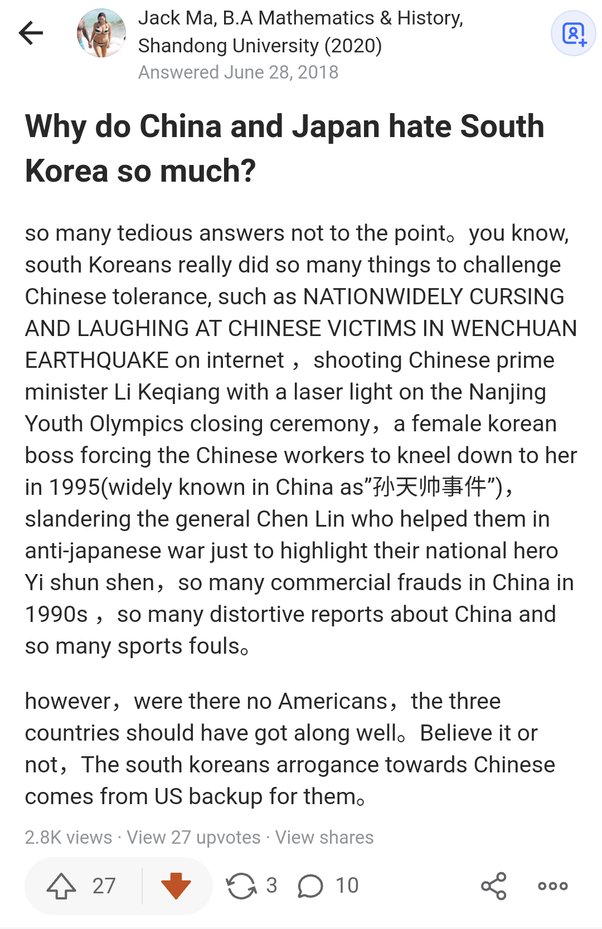 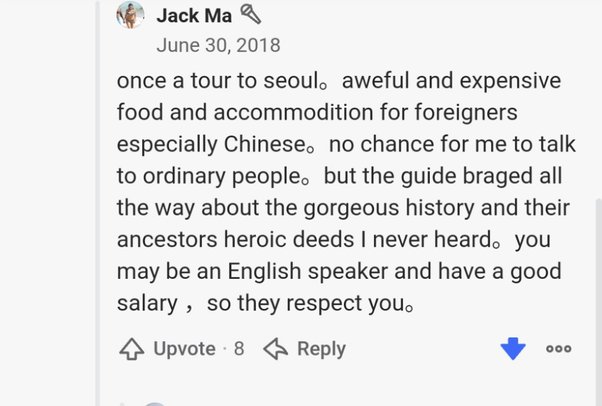 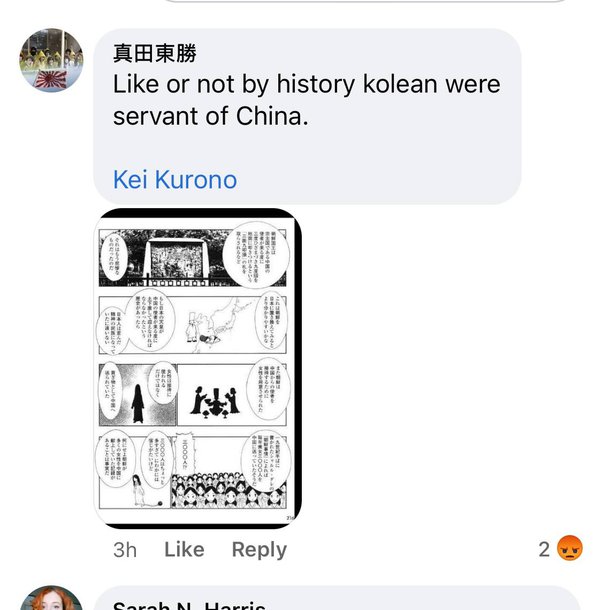 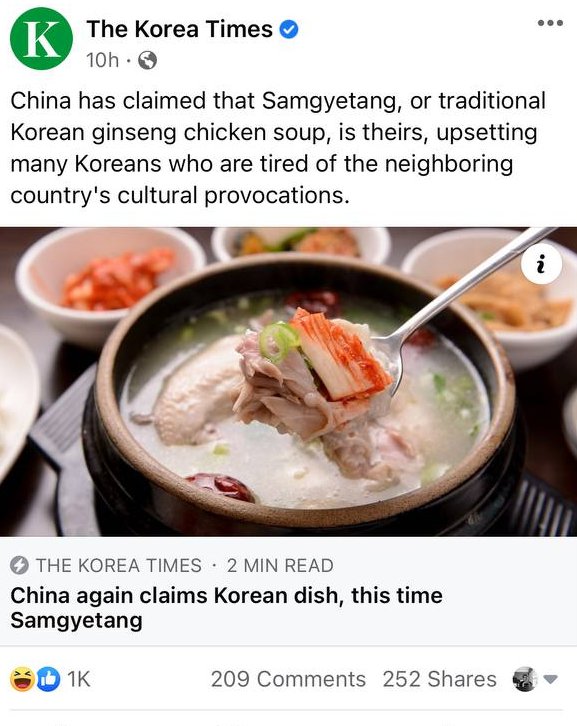 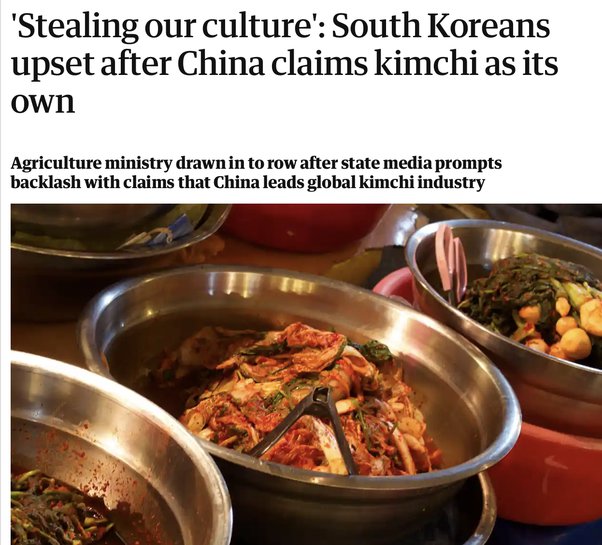 1. China helped North Korea during the Korean War leading to the current split Korean state and constant threat of nuclear annihilation (as well as the US presence)

3. THAAD deployment, which was a US policy, caused China to boycott and ban Korean goods and entertainment and travelers from Korea, affecting Korea’s economy. That is bullying, pure and simple.

^ proof that Korea is not a ‘US puppet state’ as much as Chinese think.

However despite Chinese having a history of invading Korea (see: Tang Dynasty war against Silla, Qing Dynasty invasion of Joseon) and of course backing North Korea during the Korean War leading to the currently divided Korean state, Koreans do not harbor any ill will towards China and continues to support China ie. Korea turns blind eye to Hong Kong, Taiwan issues

I mean it basically boils down to Korea’s association with Japan as it was previously a colony of Japan, and Korea’s current association with the US, since the US saved them during the Korean War. Korea’s crime to China is just being associated with nations they don’t like. That’s it. Kind of ridiculous.