Who is the best pure point guard in NBA history?

My vote is for Chris Paul 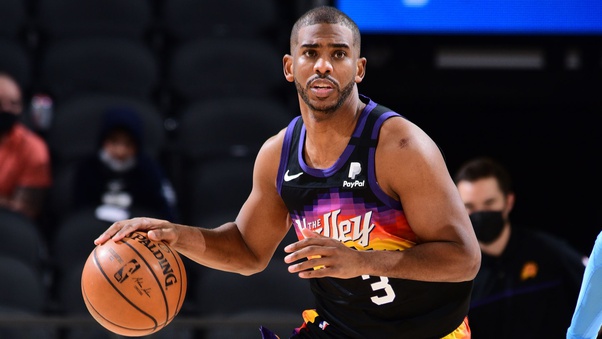 So what else do you need? He’s not the BEST at any single category, but he’s either second or third best at all the attributes you would want, and there’s no other PG that’s as well rounded. And he obviously makes all the teams he’s on better, from the Hornets to the Clippers to the Rockets to OKC to the Suns.

See every great PG has issues but CP3 is the most well rounded PG in NBA history he’s a great passer, playmaker, shooter, scorer, defender and leader. He possesses every single attribute you would want in a PG – on paper at least. I think the reason why CP3 is generally underrated by people is because he gets unlucky in the playoffs and his teams are always one piece away, despite having virtually everything you would want on paper.

**Edit**: Here are some ridiculous hating comments people have made about CP3:

Edit: Here are some ridiculous hating comments people have made about CP3: 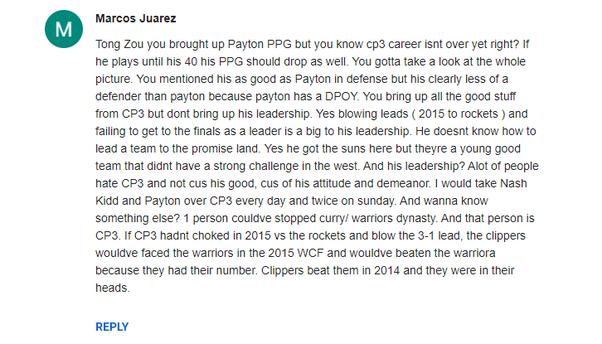 Yes, there are people that seriously believe Gary Payton is better than CP3 or that CP3 is barely a top 10 player.

This is despite the fact that CP3 has more all star appearances, all nba selections, the same amount of all-def selections, more assist titles, a better FG% AND TS%, the highest PER out of any top 50 player except Jordan, Wilt, Lebron, Robinson and AD and the highest WS/48 out of any player except Michael Jordan and David Robinson. He averages 18/4.5/9.4 for his career – his assist average only trails Magic Johnson, John Stockton and Oscar Robertson. How the hell is Gary Payton better?

and people always bring up the 2015 choke job but that’s literally the only time CP3 ever choked. Vs the Warriors he was injured, injured is not choking he literally couldn’t play for 2 games. On the other hand he’s had numerous clutch performances:

So I don’t know if people just have selective memory like they do with Lebron in 2011 or what. You can’t say a player isn’t top 5 because of ONE series in their 16 year career. Or because he’s having a bad Finals at 36 years old carrying a team that no one expected to even be in the Finals. That’s ridiculous to use that against him.