What’s the most underrated championship team in NBA history?

I think for me it’s the 1979 Seattle Supersonics 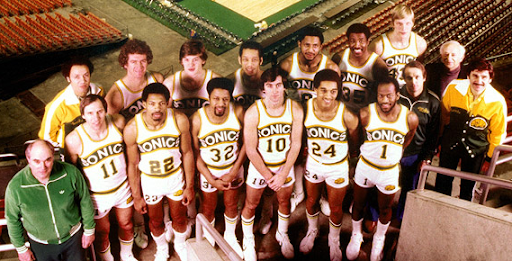 This team is rarely ever talked about, although they went to the Finals twice in a row. The reasons why? They had no clear marketable superstar, played for a small market for a team that no longer exists, and played a long time ago thus fading away in the conscience of a lot of fans and NBA players. They were the 2004 Pistons before the 2004 Pistons. A team full of players who knew their role and did their job and never sought the spotlight and although they had Dennis Johnson and Jack Sikma 2 HoFeres and a third Gus Williams who is near HoF level, their opponent was the 1979 Bullets consisting of Elvin Hayes, Wes Unseld and Bob Dandridge – certainly much bigger names. 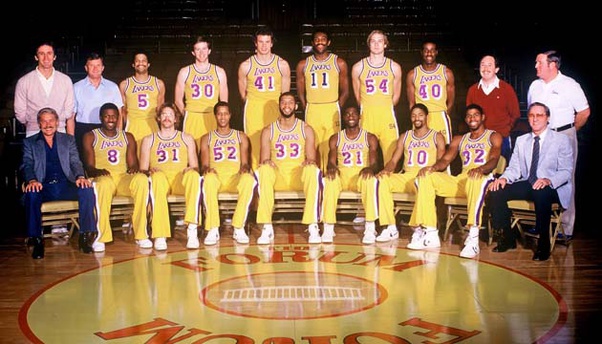 This Lakers championship team is very rarely talked about compared to the other championship Lakers teams because there was no signature moment with this team. The 1980 team is famous for Magic winning the Finals MVP as a rookie subbing in for an injured Kareem. The 1985 team famous for being the first to beat the Celtics. The 1987 team widely considered to be the best of the Showtime Lakers teams and Magic had that clutch junior skyhook. The 1988 team famous for their rivalry with the Pistons and that heroic Isiah performance in game 6. But what’s the 1982 team famous for? Magic won Finals MVP, but he didn’t have a signature moment in the series (maybe that steal from Dr J and bounce pass off the floor to Rambis?), neither did Kareem or Dr J or anyone else. It was a very solid team, but the pre-Worthy Lakers teams tend to be a bit more neglected. In addition to Magic, Kareem and Michael Cooper, Jamaal Wilkes is a HoFer and Norm Nixon was a very solid player for them. 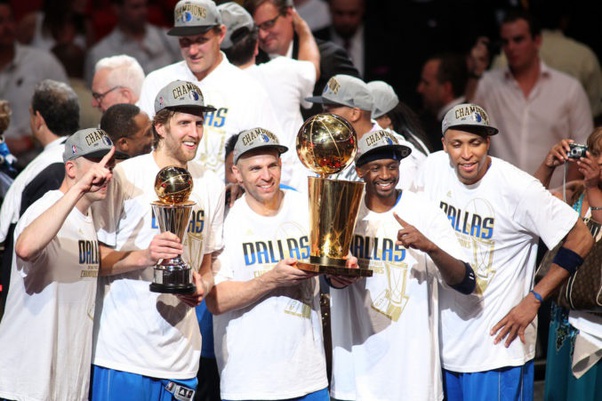 I think this team is usually only brought up by Dirk fans who want to elevate his greatness by referencing his carrying job on this team, or by Bron haters who want to ridicule Lebron for losing against a so called ‘bad’ team . I’ve met people who thought this team was the worst championship team ever. Which is a ridiculous assertion.

This team was actually very very good. Dare I say, better than the 2004 Pistons who also only had one all star but who nobody would consider to be a bad team in retrospect.

-This team won 57 games in the Western conference (the tougher conference),

-had Jason Terry (yes he came off the bench but he played as many minutes as a starter and he was an instant offensive player). how many people know that Jason Terry scored 18k points in his career? People think that Jason Terry was some kind of scrub. The guy wasn’t a scrub sure he was never an all star but his stats and production are fairly similar to Rip Hamilton.

-had Shawn Marion (a very versatile player and borderline HoFer)

-had a great coach in Rick Carlisle

So the fact that people think this team is a ‘bad’ team is laughable. This team was well coached, boasts 2 first ballot HoFers, and a squad full of great role players. JJ Barea and Peja Stojakovic coming off the bench too – they were solid role players at that point. Fact of the matter is people don’t want to give this team credit – why? Because they want this team to be a one man show to elevate Dirk’s status – which I get it Dirk is a great player and a top 30 player all time – AND they want to embarrass Lebron because how could he lose to a team like this?

Well this team swept Kobe/Gasol and beat KD/Westbrook/Harden in less games so we’re not talking about a team who is barely winning here. We’re talking about a team who demolished the Western conference. We’re talking about a team who is by all accounts (regular season, playoff records, hall of famers etc) better than the 2004 Pistons. Yet almost everyone would say the 2004 Pistons were a better team than this one, and the reason may be because the Pistons repeated their Finals appearance and the Mavs didn’t. But the Mavs lost Tyson Chandler in the 2011 offseason who was actually crucial to their championship team. So this team may have been a flash in the pan, but make no mistakes I think they are an underrated team and much better than people give them credit for. People just think this team was Dirk + a bunch of old guys. If they actually watched the games and their execution they would realize how good of a team this was.