What was the weakest performance in the NBA finals by an NBA finals MVP?

Look, I know Unseld is one of those players that had a lot of intangibles and is a great rebounder, defender and passer but it’s hard to imagine a player having 2 PTS, 2 PTS and 6 PTS in Finals games being considered the Finals MVP today. 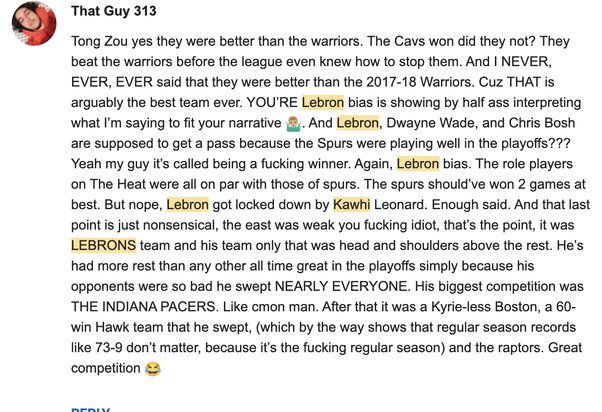 This was the guy who ‘locked up’ Lebron right? These Bron haters seem to think so. Lebron had 25 and 35 and Kawhi had 9 PTs both games. nice. Also I like how he said the 60 win Hawks that Bron swept ‘doesnt matter’ because its regular season wins, but then the same haters say that Bron should have been in the 2009 Finals to meet Kobe.. because he had the most regular season wins! Go figure.

Iggy in general did pretty well better than Kawhi in the 2014 Finals both on offense and defense IMO.