What video game franchise was the most popular at the peak of its popularity?

Well there’s a few contenders here in my eyes..

Pac-man and Space Invaders were the two greatest arcade games of the Golden Age of Arcades for basically kick-starting the interest in video games for most people. Also, these two games were responsible for the popularity of the first popular video game console the Atari 2600.

Tetris, Wii Sports and Angry Birds have to be mentioned too for how they opened up gaming for the casual audience. Respectively they popularized handheld gaming, motion control gaming and mobile gaming.

Mario and Sonic of course have to be mentioned as they are instantly recognizable outside of their games and extremely popular although I think for them it’s a matter of the totality of their games rather than any one single game that made them as popular as they are.

Doom was revolutionary for the FPS genre and defined the PC gaming scene for the rest of the decade, but because PC gaming was more niche than console gaming at the time it didn’t have quite as much impact as some of these other console games I named.

Fortnite and Minecraft also deserve mention because of their massive popularity as well and popularizing the Battle Royale and open world crafting genres, respectively.

When talking about one single game that created a craze or sensation I think there’s two games in particular I want to mention.. 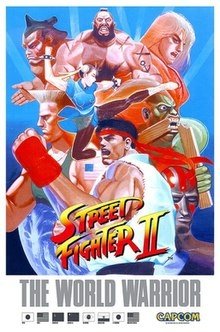 Street Fighter 2 was a cultural phenomenon in that it came during a time of a downturn in arcades and completely revitalized the arcade scene, basically invented the fighting genre and made competitive versus gaming a reality. When SF2 came out, it immediately made an impact, people were lining up to play it in arcades for years and years, merchandise, cards, a Hollywood movie quickly came out etc it was crazy for the people who lived in that era especially people who lived in the arcade scene in the early 90s.

As a millennial, I can say this was as big as any video game phenomenon could be. Now I wasn’t an arcade kid to experience the street fighter stuff but I definitely experienced the Pokemon craze in the late 90s. It was everywhere, the anime, the card game, and every kid who wasn’t living under a rock knew about it. So yeah when you have all these movies, merchandise, anime, card games etc you know you’ve become a cultural phenomenon.

So tldr; I think it’s either Street Fighter or Pokemon.