What do you think about gun control in the US?

Note how all the pro-gun people are Americans. The reason is because it’s hard to understand why owning a gun is just such a vital crucial right to other nationalities. As I Canadian, I don’t really understand, and neither do Europeans or Asians.

Why is it that the US has the third largest population in the world, yet have by far the most mass shootings in the world? And the obvious answer is, the US has the most guns in circulation out of any country in the world by far, and it’s much easier to get a gun in the US compared to other developed countries. In fact, in some states you can get a gun before you are legal to drink, or legal to have sex with an adult. Isn’t that crazy?

So let’s hear the pro gun arguments there are mainly 3 of them:

1) “I need guns for hunting and survival”
Well actually, you don’t. Humans have survived for thousands for years hunting animals without guns. And you certainly don’t need assault rifles to hunt animals either, that’s kind of overkill.

2) “I need guns for self defense”
You don’t. You can defend yourself quite well with a knife or other blunt object or a taser etc there are numerous ways to defend yourself without using a firearm. Also, in most of these cases where there were mass shootings, the ‘good guy with a gun’ didn’t show up in time and/or weren’t well trained enough to deal with the situation. Obviously the bad guy with a gun was much more prepared. So much for that.

3) “I need guns in case the government becomes tyrannical”
And this is just paranoia, really. If you are living in a functioning democracy (ok the US is not technically a democracy but that’s another topic) in a developed society, you elect your government. You put your trust in your government when you elect these people. So why then would you be so afraid of the government turning against you? We’re not living in the age of Kings and Emperors anymore and the US cannot simply become a totalitarian state overnight. That’s simply paranoia. And what’s more, what can an unorganized civilian force even do against a professional army – especially one that’s the most powerful in the world? Good luck against tanks, copters, rocket launchers etc. And the counterargument that the US couldn’t defeat the small civilian armies in Afghanistan and Vietnam doesn’t apply here either; in those cases the US were a foreign invader and didn’t know the environment or what they were facing and US forces didn’t even want to be in those countries. In this case, the US Army would be fighting on their very own soil. So they would know the environment quite well. So yeah, if the US government would suddenly turn totalitarian (unlikely) the (unorganized) civilian population with their AR-15s wouldn’t stand a chance.

Well if you use that logic why have any laws at all if criminals won’t obey them? Why have a speed limit? Why ban hard drugs? Hell let’s just make murdering someone and raping someone legal because criminals will always find a way right? See, there’s a logical fallacy here. First of all there’s consequences for committing a crime, it’s called going to jail. You can’t just act like criminals can just break the law without consequences at anytime because they have to think about the penalties for doing so. Secondly, nobody is born a criminal. Criminals can be organized, or they can be – in the case of most of these mass shootings – regular everyday people who had a mental illness. Therein lies the problem here. America’s issue is that there’s so many guns in circulation already and also being next to a country (Mexico) that has a lot of firearm trafficking so yes the gun supporters are right that banning sale of guns in the USA won’t do much – but only because it’s already too late to do so. Had guns been banned before there were a wide amount in circulation, then it would have certainly reduced gun violence.

Is there a difference in culture between Canada and US? Australia and US? Europe and US? Is that vast enough to explain why having strict gun control in other Western countries would work but not in the US? Canada is also a multinational multi-ethnic country, why does gun control work so well here? Why didn’t our criminals ‘find a way’ to get guns to kill people?

In Asia, the difference is even more stark and that could definitely be culture related as well. Japan has 180M people and close to 0 gun violence a year. China has 1.4B people you would think at least some ‘criminals’ could have gotten a gun if they wanted to right?

Well, let’s see the main purpose of guns.. oh yeah it’s to kill things. Alcohol btw WAS banned at one point (Prohibition) which is funny because they couldn’t ban firearms but they could ban alcohol. It was unbanned because the government needed taxes to help fund New Deal programs. And it’s used for social pleasure. That in itself isn’t dangerous. In combination with driving? Sure. But then cars are not meant to cause death either. It’s meant to provide transportation. Knives are meant to cut food with. See how this false equivalency argument doesn’t work well for guns? Guns are SOLELY meant to kill things with. There’s no other value in them. And I already explained why the self defense and hunting arguments don’t really work here. Guns are not necessary for those acts. Also, a knife does not kill as many people as quickly as a gun can, that’s just a fact. It’s less lethal.

3) “Owning a gun is my constitutional right as a law abiding citizen and you can’t take that away because of a few bad apples!”

Actually, the idea that the US Constitution is sacred and cannot be changed is simply incorrect. First of all, it’s outdated. It comes from the 1700s. Imagine if China’s laws were ones that originated from the Qing Dynasty? It needs to be updated to be more current. Secondly, it can be amended. Remember how slavery was abolished? Yeah that was done through an amendment. Not everything in the Constitution is sacred and cannot be touched, because – this may shock you – the founding fathers didn’t have the ability to see 200 years into the future? They created the foundation for a nation that prospered and lasted a long time using the current Constitution sure, but let’s not pretend they were perfect and omniscient when they couldn’t have been. The Constitution can and should be amended and updated for the modern times. Owning a firearm in particular – is not as critical for survival as it was back in the 1700s. Nor did the founding fathers have the foresight to see that the slow loading firearms of their era would evolve into the fast firing/reloading firearms of todays’ era.

That’s only because you can’t go state by state for this kind of thing. If you make it stricter in one state, you can just go to another to buy the gun. That’s why for effective gun control you need to actually 1) eliminate the guns in circulation 2) ban guns in EVERY state and 3) heavily monitor the US-Mexico border for illegal trafficking. Since those 3 are not going to happen, it’s pretty much impossible to enforce any kind of meaningful gun control in the USA at the present time. 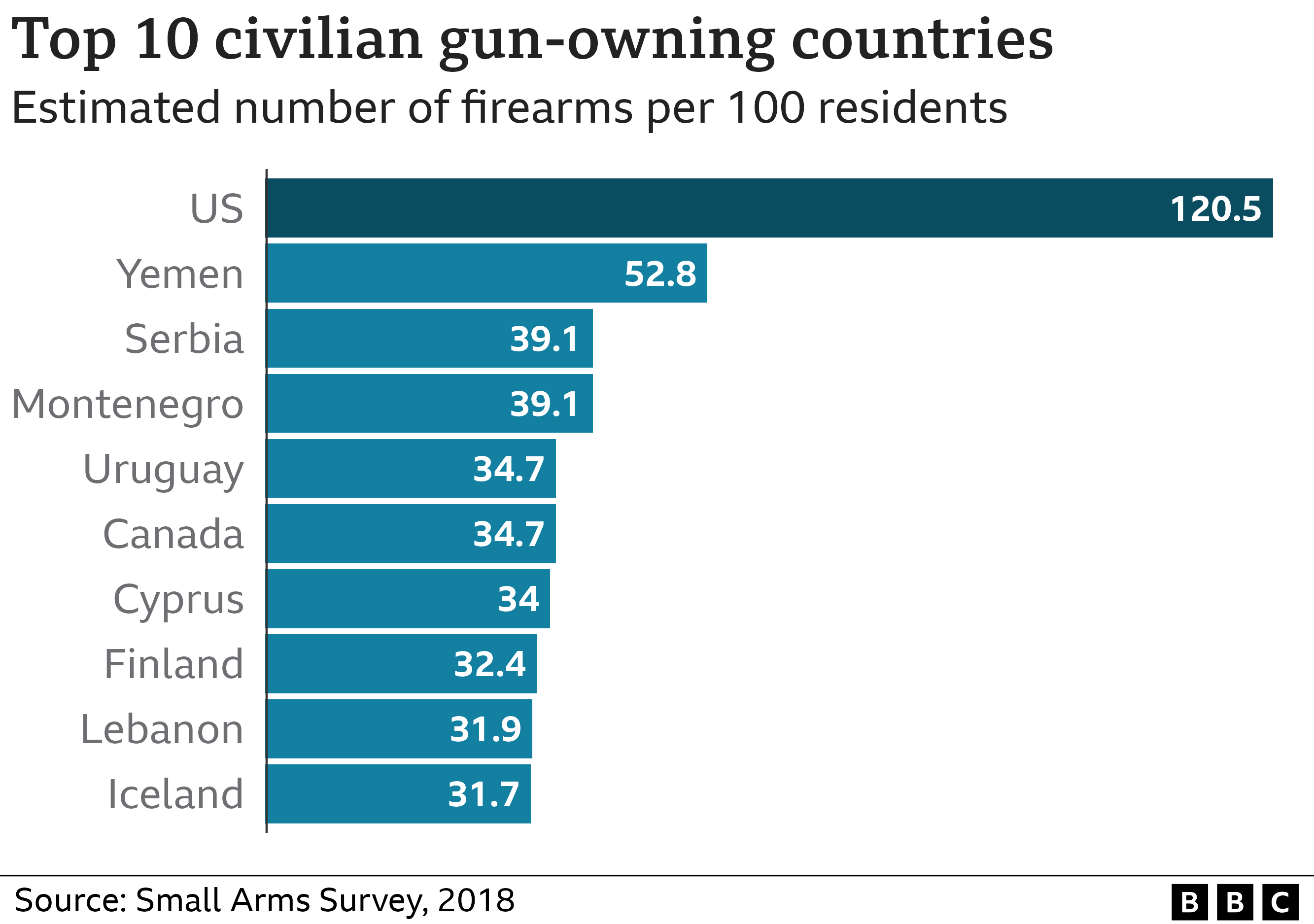 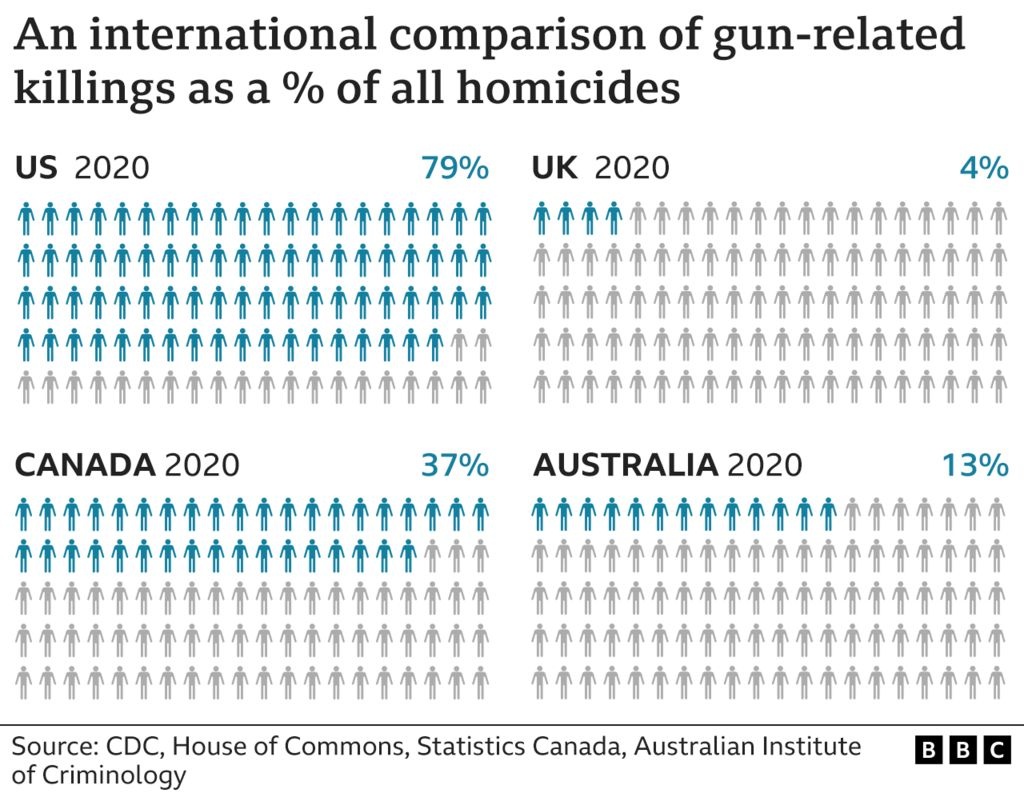 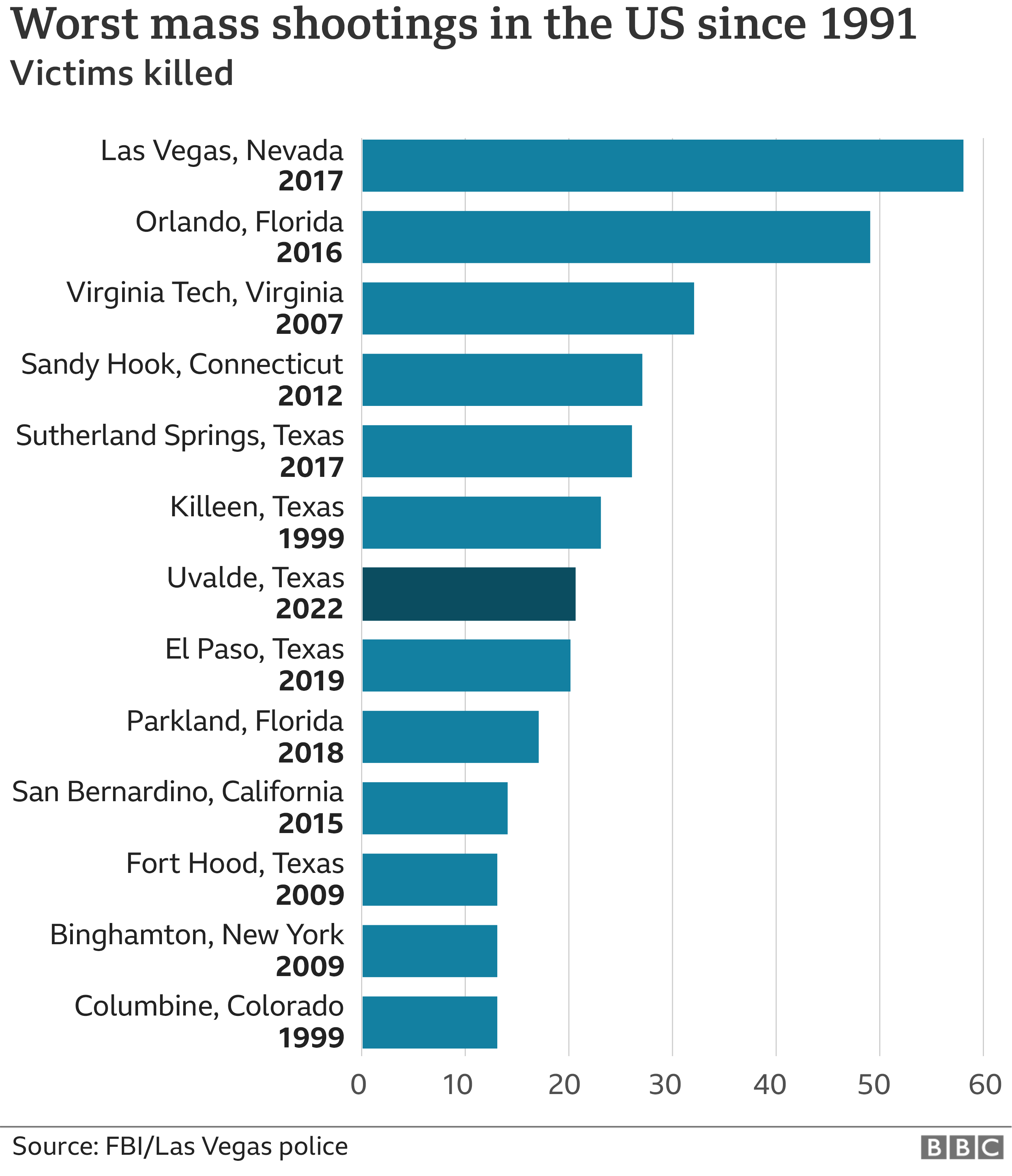 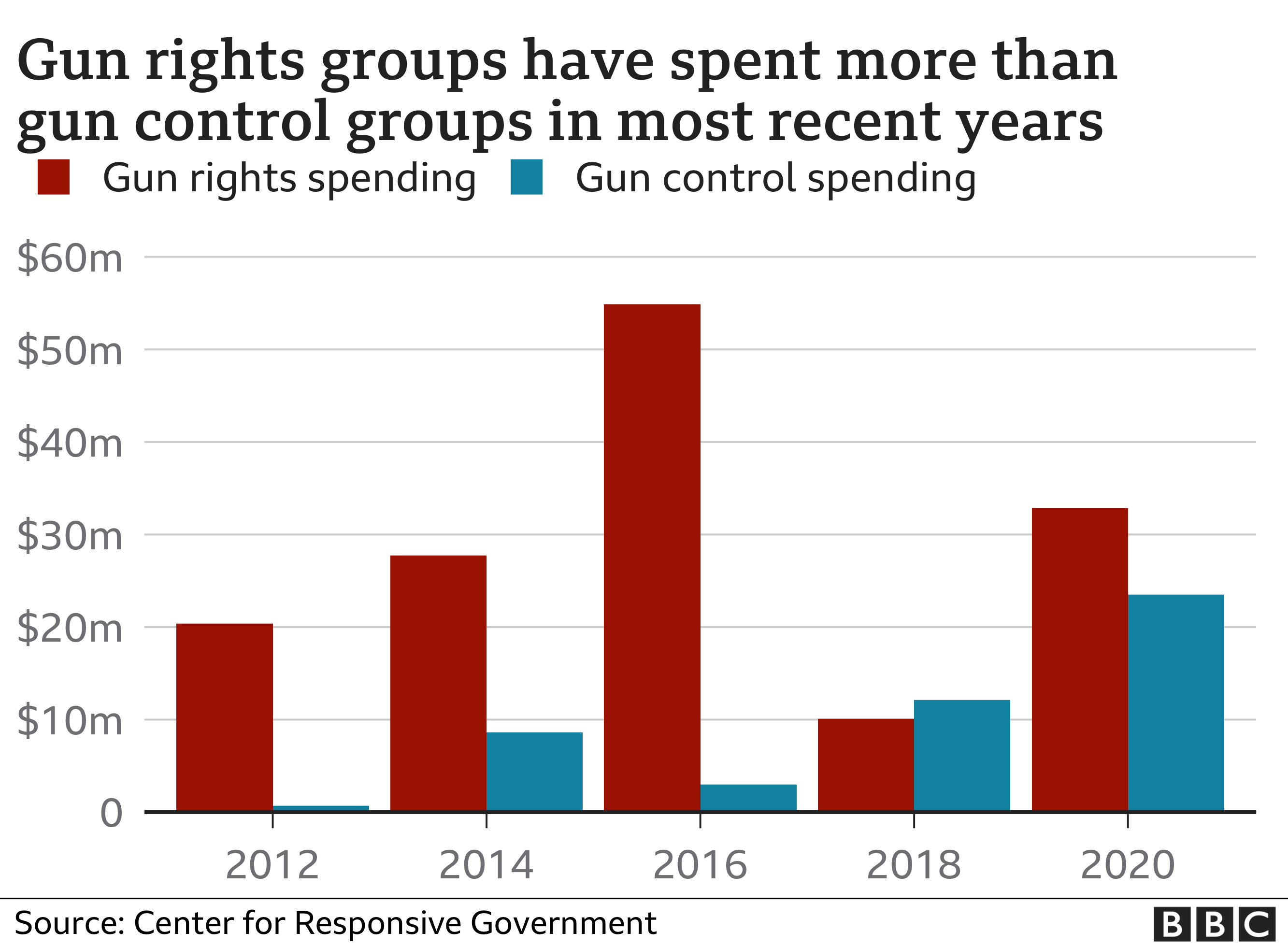 I know no amount of charts will sway any gun supporters given the huge gun culture has already been so imprinted onto Americans citizens, but Americans really have to decide if it’s worth the tradeoff. Is having the potential risk of a random psycho killing you or someone you love worth the tradeoff of having the freedom to defend yourself or being able to hunt? Hmm. That’s up to you to decide.