What culture shocks have you experienced while visiting or living in South Korea?

I found the lack of gender equality there pretty appalling. I’m no feminist – and I frankly find feminism in Western countries to be a bit of a joke – but Korea really needs more feminism. 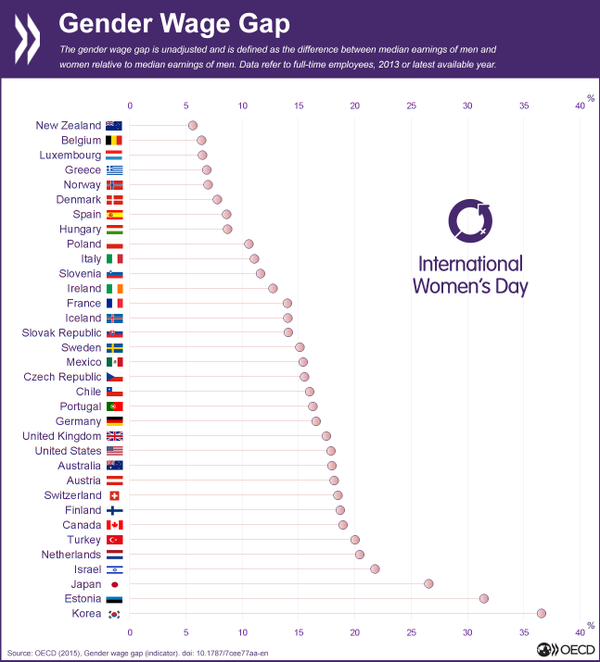 It’s not even close. Korean women really get the short end of the stick here. Not just wages either – the way men act and women act there is straight out of the 1950s USA. Lots of housewives expected to stay at home and be seen but not heard, doing the majority of housework and child rearing. Men are expected to make all the major decisions and be the major breadwinner. Domestic abuse is common. Sexual assault and rape are the most common violent crimes. Cheating is widely tolerated. 2nd highest amount of prostitutes per capita. Abortion is illegal (unlike Japan). Women are objectified constantly – see kpop groups for a good example. Women get pressured to quit their jobs after they get pregnant. Women are pressure to wear makeup everyday because its ‘manners’ (guys are not subject to same requirement). Straight out of the 1950s. Unlike China and Western countries, the jobs here are gender separated. Certain roles are only done by women and certain roles only done by men. Taxi drivers? Always men. Hair Salon? Always women.

I find it shocking that a country which is top 10 in the world in GDP and #2 in Asia in terms of GDP/capita is so behind when it comes to treating women with respect. Many guys drag girls to a motel after drinking heavily. On the subway many girls would just be standing in their high heels – the guys there don’t give them their seat at all like they would in Canada. I did feel bad for them – these girls probably have to wear those high heels all day every day – so I often gave up my seat for them if I had a chance. I also find it odd that Korean guys complain about having to pay for women on dates – not only is that a standard thing to do in other countries – but cmon guys… the women make 60% of your salary the least you can do is pay for her. I made sure to pay for all my dates without complaints.

Given this, I find it funny and ironic that so many kpop/kdrama fangirls want to move to korea and date Korean men, most of them from China (the best Asian country for a girl IMO) ironically.

For rich people and foreigners its not that bad. For college age students, it might be pretty good. Nightlife is great and you can party all night. However, if you are a native Korean of any other age, it’s pretty stressful. As any Korean can attest:

-from middle school onwards, students are constantly studying. Usually up to 10pm to 11pm most days at a cram school. Even after high school people still study to get into companies or graduate school. Studying is a Korean national pasttime. I see cafes open at 3 am in the morning full of students at the tables. English is often a pre-requisite to apply for any big company (even if they aren’t expected to speak it at work) – and often other languages like Chinese and Japanese are studied to just to get a leg up on the competition.

-work culture sucks. Your boss can discriminate based on your race, sex and appearance. Your boss can interfere with your personal life. You cannot go against your boss. Sexual harassment is common in Korea and unlike the US you can’t easily sue because of it. You are expected to work overtime – sometimes until 11pm, sometimes until 2am. Often you have to work weekends. You aren’t supposed to leave work until your boss does. You are expected to drink with your boss if he offers yet still show up on time the next day. You don’t get much maternal leave when you get pregnant – you can possibly get fired if the company thinks you will spend too much time on your kid – and paternal leave is next to nonexistent. If you get older and cannot get promoted to a manager you are expected to retire early to avoid the social awkwardness of reporting to someone younger than you. And on top of that the salary isn’t that great. I had a friend who literally finished at 4am everyday, came home to shower, and went straight back to work. You can literally die of overwork.

-men and women (but especially women) are expected to look perfect whenever they go outside. Appearance is so valued in South Korea that plastic surgery is often done just to have a better chance to get a job (so think about that next time you criticize Korean girls for being ‘fake’). Women are constantly checking their makeup in the mirror (even high school girls). And after they marry they are still expected to take care of the household duties. Abortion is still officially illegal (this despite that Korean men drug + rape women but don’t consider it rape). It’s especially difficult in South Korea to be a woman which is why the marriage rates and birth rates are declining.

If I had to sum it up in one word its competition. This is both the strength and weakness of South Korea. Yes – South Koreans have a lot to be proud of. They have one of the most popular entertainment industries in the world. Beautiful women are everywhere to be seen. The nightlife is incomparable. Samsung is the largest IT company in the world. They have the best esports gamers in the world. All this from a country about the same size as Ohio.

However, there are many dark sides to this light, and often average Koreans have to suffer from birth to death because of it.. which is why young Koreans refer to their country as ‘Hell Joseon’. Their country has the highest suicide rate in the OECD for a good reason.