What are some misconceptions that foreigners have about Koreans that are not true?

Secondly, it’s hurtful and insulting to Korean women. There’s no society in the world that has more or less “naturally beautiful women”. If someone says that ‘i.e Sichuan girls or Chongqing girls are the most naturally beautiful etc’ tell them that is statistically impossible.

Step into their shoes for a moment.

Imagine you are a Korean girl, you are average looking like most Korean women. Once you finish high school, you start wearing contacts and do makeup everyday and wear nice dresses and platform shoes when you go outside and work out regularly to make your body more fit, like most fashionable young Korean women.
Despite this, your friends are all getting plastic surgery. They become more attractive, they are getting more attention from guys and since Korean companies look at your appearance when hiring you, they are getting better jobs as well.
So even though you are doing the same things as other girls to look more attractive, it just isn’t enough. So you decide to do plastic surgery as well, and get double eyelids just like you friends.
Then one day, you meet a foreigner guy you like, but you overhear his friends saying stuff like “Don’t date Korean girls they are all fake fake fake!” “They all had plastic surgery! She’s probably really ugly underneath that makeup!” “They aren’t naturally beautiful! If you have a baby with her you will regret it! Didn’t you read that one internet story online about the guy having ugly babies with that girl? We all know stuff on the internet has to be true!”
So you end up hurt and distressed when the guy rejects you. It turns out, you weren’t pretty enough for Korean society, and you were “too” pretty for foreigners. You were perfect for no one.

See how much that hurts?

First off, people assume plastic surgery = totally changing the face and body like in those advertisements. That’s not true. 80% of the procedures are for enlarging the eyes. That’s it. Furthermore you can see from stats that about 16% of Koreans have had plastic surgery. Is it a lot? Sure, but its definitely not the ‘epidemic’ many people are talking about. There’s a better chance that the pretty South Korean girl you see on the street did not have plastic surgery. 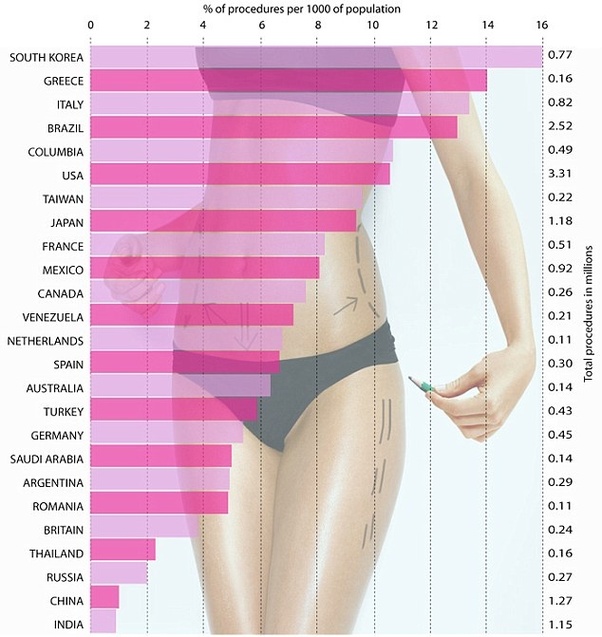 Most of the procedures are like I said, for double eyelids because most Koreans do not have them naturally like Chinese. So what do Chinese tourists do when they get surgery? Plastic Surgery Tourism Brings Chinese to South Korea Beauty’s dark side: Chinese tourists lured by South Korean cosmetic surgery face risks the crazy jawline/nose surgeries that they accuse Koreans of doing. That’s ironic isn’t it?

Also the misconception is that Koreans get surgery because they are naturally ugly. None of my Korean friends who I know got surgery were ugly before. It’s because they have an insanely competitive culture Competitive culture triggers plastic surgery boom in S. Korea and beauty is no different – every girl wants to be prettier than the others. This is a foreign concept to other countries where girls have much better gender equality and thus are not under pressure to look as beautiful. Korean women are under immense pressure to look beautiful all the time – they have to wear makeup everyday, have great fashion sense etc it’s insulting to say that they got surgery because they were ‘ugly’ its simply not true. The subway advertisements that you see that show the drastic ‘before’ and ‘after’ appearances are meant to show the skill of the plastic surgeon – I would hesitate a guess that  those kind of drastic transformations account for less than 3% of total surgeries done.

And why do foreigners care so much anyways? We don’t call out to girls who wear heavy makeup “Hey you are wearing too much makeup you are fake! you are ugly thats why you have to wear makeup!” do we? Nor do Koreans call out to foreigners “you got your breasts/ass/botox done! you are fake and ugly!” It’s their money – if they choose to enhance their appearance, I don’t understand why we as foreigners have any right to insult them for it. 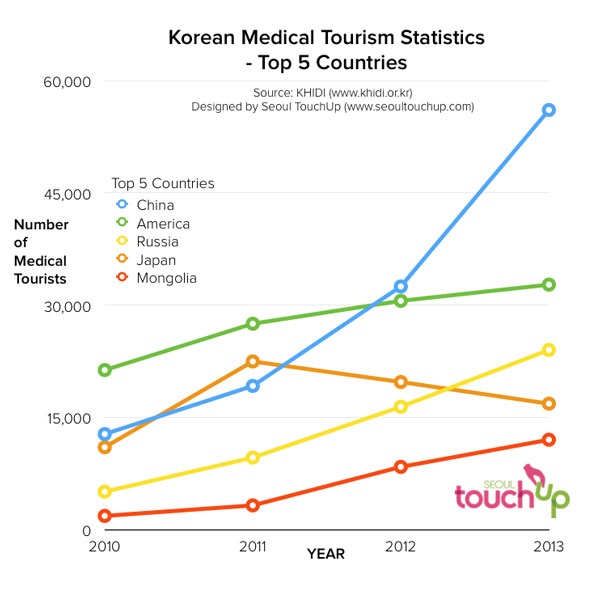 Ironically, more Chinese do plastic surgery in Korea, than Koreans themselves. 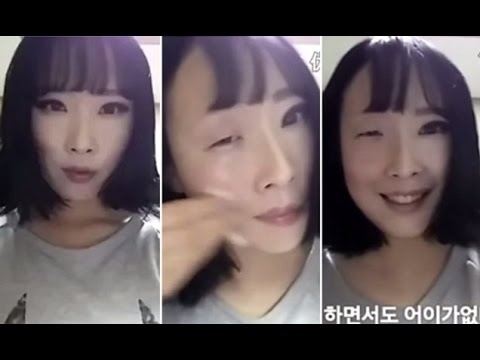 Makeup makes a much bigger difference in your appearance than plastic surgery does from what I’ve experienced. That’s not to say all girls are extreme like this – but it does show you that the whole ‘plastic surgery is the reason why Korean girls are prettier’ is unfounded. Most of my Korean friends who did plastic surgery including a few exes were all pretty before they did the surgery so its false to assume that they were ugly before. Plus girls all around the world have access to makeup. And fashion sense. Chinese girls have access to that. It’s their decision not to wear makeup and not wear pretty clothes. The jealousy is founded by their laziness. I don’t think we should think less of Korean women when they try to enhance their beauty as much as they can.

Almost every Chinese person I’ve talked to about Korean girls seems to believe this false misconception and I’m tired of hearing my friends or my girlfriend labeled ‘fake’ because people always assume they did plastic surgery. I’m here to clear that up.