Was Pete Maravich the best college player ever?

No. Pete Maravich IMO is one of the most overrated players.

Pistol Pete was a prolific shot chucker who averaged about 40 FGAs a game because his dad was the coach for LSU and let him stat pad as much as he wanted. Yes he scored 44 PPG without a 3 point line. It doesn’t matter, because this style of play does not lead to winning. Low efficiency high volume scorers – Elgin Baylor, Pistol Pete, Tmac, Iverson, Westbrook etc have historically not done well when it came to winning because it goes against how the game is supposed to be played – as a team. Wilt actually learned this throughout his career when he was a very high volume scorer but didn’t win much until Alex Hannum became his coach and asked him to focus more on defense and rebounding – and that’s when he started winning.

MJ, Kobe and Rick Barry were the three exceptions to this. All were high volume shooters – but the difference is MJ was actually a very efficient scorer, Kobe needed both Phil Jackson’s triangle offense as well as 3 rebounders surrounding him in order to offset his bad shots, and Rick Barry’s passing abilities was at its peak and the league at its weakest the year he won the championship.

I always enjoy listening to this Dan Issel story (Issel and Pistol both came out in the 1970 draft): Issel said Kentucky Wildcats HoF coach Adolph Rupp told him when they faced LSU to let Pete score as much as he could. So they let him do that. Pete averaged 55 PPG. And Issel’s Wildcats won.

This just drives home the point that basketball is a team game. Pistol Pete, for all of his flashy passing skills, was not a great team player, and that’s why he never won anything in college or the NBA. He played with (newly minted HoFer) Lou Hudson, HoFer Walt Bellamy, Gail Goodrich, Truck Robinson, etc and never made it past the first round. 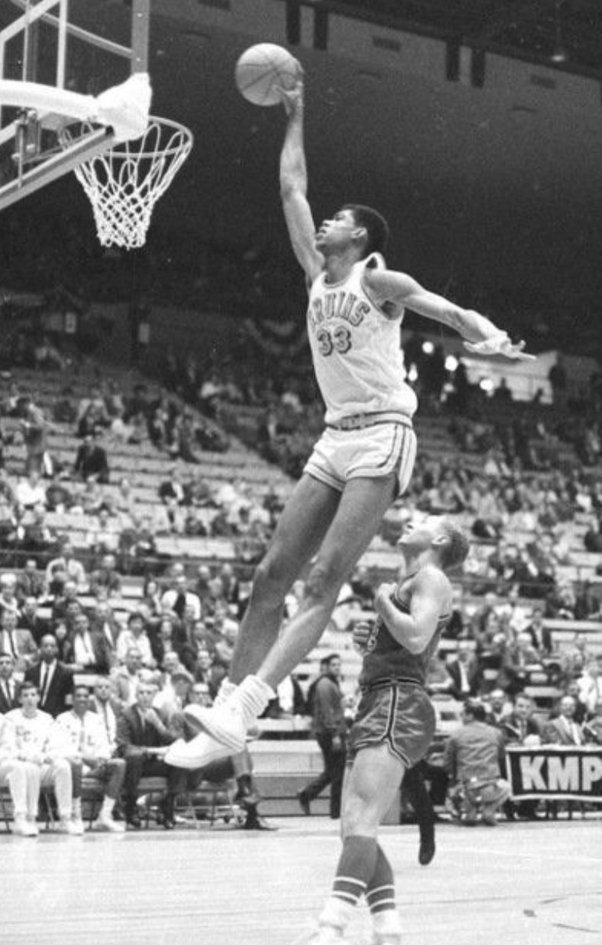 The GOAT college player and debatably the GOAT pro player too. Kareem did it all on both sides of the court and John Wooden taught him correctly, to play the game of basketball as a team.