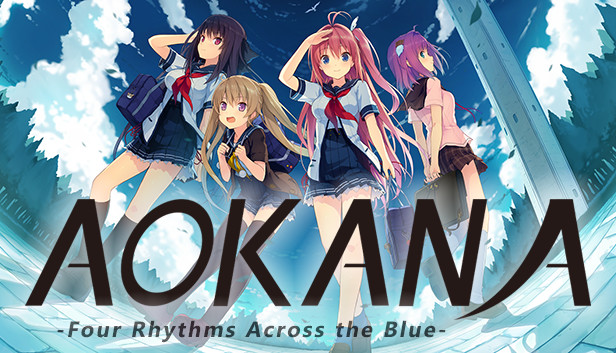 Aokana: Four Rhythms Across the Blue (not sure why they named it that) is a visual novel with a premise that’s a bit different than most visual novels – instead of being a typical dating sim or investigative type visual novel, it focuses on a competitive sport.

Plot: In Aokana’s universe, there’s an invention called Anti-Gravity Shoes which like the name implies, allows its wearers to fly in the sky. There’s a popular sport in the game called Flying Circus which makes use of the shoes.
The sport is deceptively simple: it’s a one on one sport where the players have to stay within a square, and a player scores a point either by touching the outer posts of the square consecutively before the other player, or by touching the other player’s back. The player with the most points at the end of regulation wins.

Of course, there’s more to it than that. There’s different playing styles – Fighter (focuses on touching the opponent’s back), Speeder (focuses on touching the posts before the other player), and All-Rounder (can do either, but does not specialize as much as the other two). There’s lots of basic and advanced moves shown in the game. There’s also different types of Anti-Grav Shoes and different settings for them. Honestly, the sport and the strategies they explain are fairly well detailed for a visual novel like this and sometimes I felt myself getting sucked into this fictional sport and rooting for different teams as if it actually existed.

The protagonist, Masaya Hinata, was a former top FC (Flying Circus) player, who quit the sport due to a traumatic event, and is now tasked with coaching a team of 3 girls and 1 guy to lead their school to the FC championship.

Gameplay: Ok, it’s not entirely focused on the sport, there are some dating sim and eroge elements in the game – but they happen mostly towards the end of the game and are very light by visual novel standards and nothing too shocking occurs. Hinata can date/focus on one of 4 girls in the game, depending on which options you select in the game, but the options don’t come up very often, so the majority of this game is basically just reading.

Characters: I love the characters. They’re probably the strong point of this game. Masaya Hinata is not that pervy compared to most visual novel protagonists, and mostly focuses on the tasks at hand. He’s a relatively serious protagonist, despite the harlem of girls around him, and that’s a welcome change of pace from all those perverted protagonists from other visual novels I’ve played.

-Asuka is the main and default girl in the game, she’s a very cheerful type that’s hard to dislike, a bit ditzy sometimes, but also an FC prodigy and the school’s best player.
-Misaki is Hinata’s close female friend, an academic genius, has an odd sense of humor and a bit of a tomboy. I have no problems with Misaki, I think she’s pretty cool.
-Mashiro. I personally don’t really like this character. She’s a borderline lesbian stalker with her one sided obsession with Misaki, and honestly doesn’t really have many redeeming qualities unlike the other characters. Still, she’s in here as a ‘cute/dorky’ type.
-Rika is Hinata’s next door neighbor and unlike the other 3 girls she’s the only dateable option that’s not from the same school. She has a pretty serious personality that makes it hard for me to get into her, but some players may like her.
-Madoka is the FC club’s manager and a very silly girl with a lot of funny comments sometimes. Honestly it makes her charming and I wish she was a dateable option, but alas she is not.
-Shion is Madoka’s older brother and president of the FC club, the only guy Hinata coaches, and has an obsession with muscles and working out.
-Aoi is Hinata’s homeroom teacher, his former mentor, a former FC superstar player and the FC Club advisor.
-Shirase is the Grav Shoe’s store owner and drops by sometimes for advice.
-Satouin is a typical princessy-type girl who is one of the regular opponents for the FC Club
-Shindou is the initial antagonist in the game, a top FC player and a big opponent for the FC club
-Saki and Irina are the final antagonists in the game, and behave (and play) in a manner that suits that title

The characters overall are very fleshed out and the humor plays out pretty well sometimes between them, I think the fact that the characters are interesting also makes the FC matches fun to get into as well. 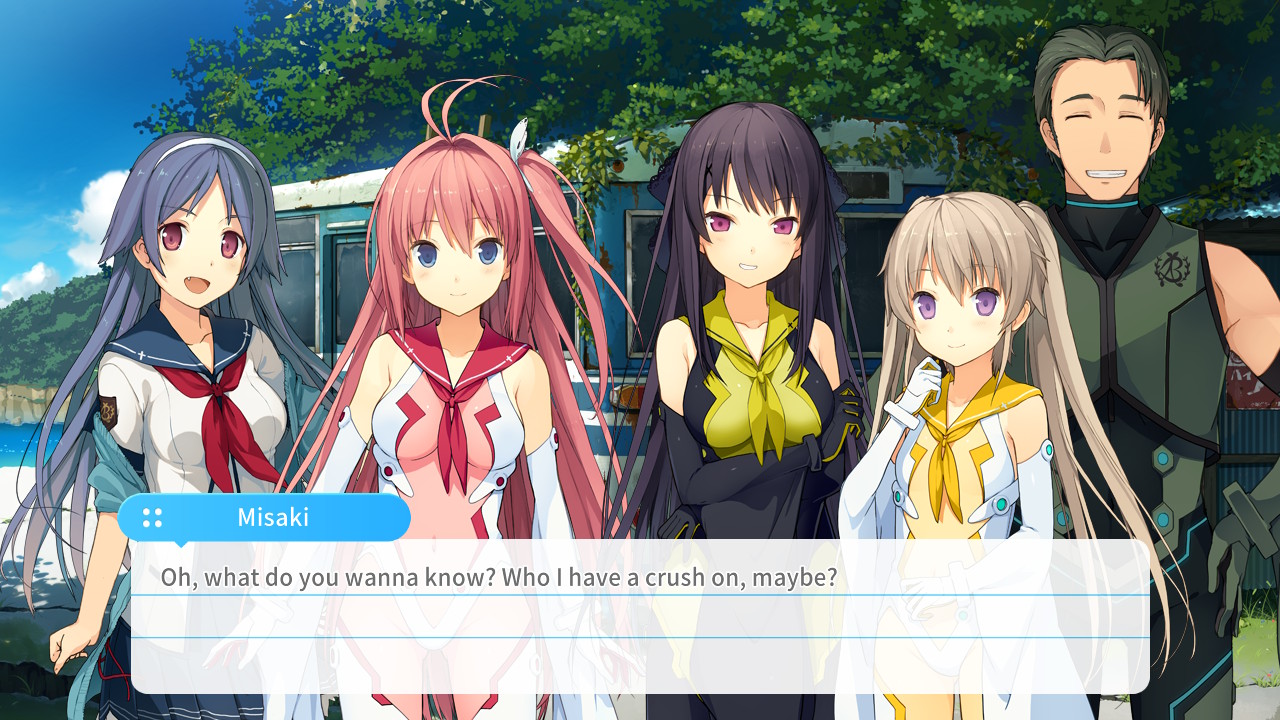 Graphics: I have no complaints about the graphics in this game, they are high quality modern Anime style graphics and I’m not surprised that just like Steins Gate, Yu-No, Muv-Luv and others – that this game has been adapted into an Anime series. There’s sometimes characters moving in the background or animations but those scenes are relatively uncommon. The chapters are even split into ‘episodes’ making it feel more like an Anime.

Music: The background music is very fitting to the scenes, and sometimes during certain eventful scenes, jpop music will start playing, making this game feel even more like an Anime sometimes. I have no problems with that.

Conclusion: 9/10 from me. I really enjoyed this visual novel more than I expected. I usually play dating sims, sci-fi and investigative type visual novels, so it’s kind of refreshing to play a title that focuses on a competitive sport and coaching these girls instead of just romance. Sure there IS romance, but it’s very sparse and light compared to other visual novels. The characters are very easy to get into and that makes the FC sport and matches themselves very interesting to get into too. Had no complaints about the graphics or music either. The only thing is people who are expecting a visual novel with more gameplay should probably look elsewhere – this visual novel is very heavy on reading with very little gameplay elements. There’s a few choices here and there but that’s about it. Overall I do recommend this title if you are ok with mostly reading instead of clicking options.