Out of the Jordan era Bulls PGs, who was the best?

Out of all the Jordan era Bulls PGs… 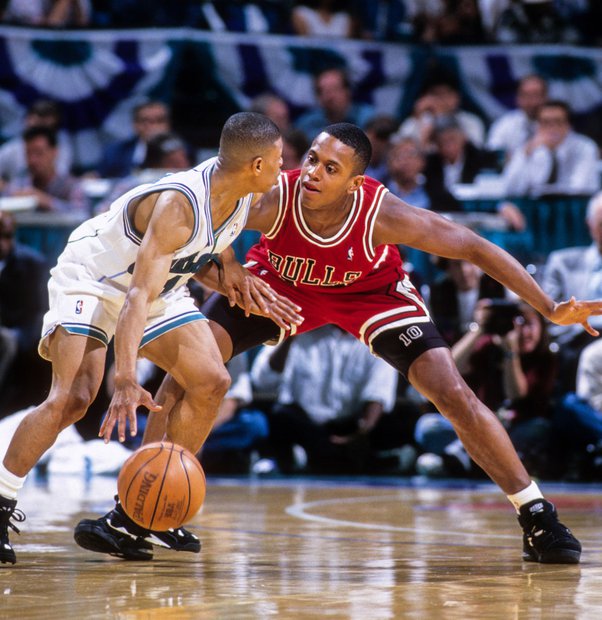 A solid defender, and versatile offensively. Can shoot (he shot 43% from 3P%!), drive, handle the ball well, move well off the ball and off screens etc

I’d take Ron Harper after that. Harper was the worst shooter out of all the Bulls PGs, but he was defensively the most tough. Now remember this is the Bulls Harper, who is already out of his prime and post injury. Prime Ron Harper with the Cavs and Clippers was the best player out of all these guys who could actually be a main option on offense.

then after that.. John Paxson. Paxson wasn’t as talented as Armstrong or Harper, still a pretty good shooter and can move well off the ball, but just wasn’t as athletic or talented and not nearly as good defensively.

and Steve Kerr last. There’s a reason why Kerr never started for the Bulls. He’s basically a catch and shoot player and that’s it. Can’t handle the ball well, offensively limited, can’t move off the ball well, slow and unathletic, etc Kerr’s 3P% might be the highest out of them all but it doesn’t mean much because he also didn’t shoot much volume and shooting 3s is really the only thing he can do well.