After almost 2 years of living in Seoul, and going to lots of clubs/parties/online websites, I have accumulated enough experience to give a general guide on dating Korean women. Yes I know, I’m not exactly a playboy, but I’ve seen enough guys dating girls here and know enough about Korean culture to give my 2 cents on this, and I know that some foreigner guys come to Korea exclusively to find women here, so here it is.

HOW TO MEET A KOREAN GIRL:
-I am Chinese Canadian, so dating in Korea is a little bit more difficult for me than for white people. As with any other Asian country, White people have the most advantage due to Hollywood/America etc all that stuff that Asian women like. Like other Asian women, Korean girls think that every guy in America looks like Chris Evans and has alot of money. So if you are white, then definitely you have the most advantage.
-That said, out of all Asian girls, Korean girls are also the hardest to get for a foreigner. Why is this? Because its a small country. Koreans have a culture where they support each other, very family oriented etc which means that a number of girls strictly only date with Korean guys. This is not a majority of girls though, as a sizeable amount are open to dating with foreigners.
-The BEST way to date a Korean girl is to get introduced. The culture here emphasizes blind dating. So if you know a Korean friend, he/she can introduce you, thats the best way. Otherwise you will have to use online meetup websites, or language exchange sites, or applications like HelloTalk or MEEP to get to know a girl. This is more difficult to get to know them because Korean girls are super flaky and a lot of them don’t trust meeting guys online. Out of the language sites and apps I used, only about 30-40% responded to me, and out of that response rate, maybe a third was willing to meet up while the other girls were Kakao chats only.
-Speaking of Kakao, that is the WeChat of Korea, the QQ of Korea, if you will. Absolutely if you want to contact a girl, be sure to download the KakaoTalk application and sign up, since every Korean girl uses that app to communicate.
-One night stand is fairly common especially in the areas of Seoul known for good nightlife like Hongdae or Itaewon. If you are white especially, just go to any club, be sure to have a wingman, and try talking up some girls and knowing a bit of Korean doesn’t hurt either. You should always be the one to talk though, Korean girls aren’t known for being loud or very talkative.
-Most young Korean girls can speak English alright, but not fluently. You should learn some basic Korean if you want to communicate with a girl effectively, but there are lots of girls in Hongdae/Itaewon who know English pretty well too, so if you go to those areas you might be ok.
-Do NOT make sexual jokes with a Korean girl or ask her over to your place unless you know them very well or if its a sleazy type of girl you met at a club. Most Korean girls will not go to a guys place the first time you meet them. They want to take time to get to know you first before they can come over.
-Lots of Korean girls go to church, how devoted they are depends on the girl, but church is always a good way to meet people, if your Korean is good enough to understand what they are saying.
-If you are brave enough, approaching a girl in a public area to ask for her number is actually done by many guys and is called “hunting”. Depends on the time and place, but it may work out, especially if you are white.
-Attracting a Korean girl is much like attracting any woman and the laws of picking up apply equally no matter where you are in the world – women are attracted to men who are funny, outgoing, can relate to them, listen to them, share similar interests, etc. Thus for playboys who have success in America or Europe, in Korea and other parts of Asia its not too big of a leap. For introverted guys like me, its much more difficult and takes more time. But thats the way things are in life.

HOW TO DATE A KOREAN GIRL:

-A relationship with a Korean girl is a give a lot – get a lot type of relationship. You have to text/call her a lot, so Korean girls are definitely high maintenance. I’d say like 50-60 texts a day especially if the girl is young. What you get in return is a girl who really does care about you and very sweet and loving, in my opinion. They do little things for you like help you put on your coat, buy gifts for you, do cute things with you etc they can be very sweet if you put in the time for them.
-Usually on a date, the guy is expected to pay for the main meal, and the girl usually pays for coffee/tea later. One side doesn’t pay for everything.
-You are expected to remember the major couple days in Korea, and there is a lot, in addition to bday/anniversary there is valentines day (2/14) where the girl gets the guy a gift and white day (3/14) where the guy gets the girl a gift. Pretty much very month has some of kind of couple day like Rose day or Peppero day (a Pocky-like snack) so be aware of these days.
-Also be sure to show off your romance with lots of couple pictures and wearing couple outfits and things like that (this especially applies if you are dating a young girl in her early 20s). Koreans love to show off how much they care for each other.
-Korean girls can be very jealous, and some girls might even ask you not to meet any of your female friends. This is normal in Korea, where relationships tend to be very exclusive, and time for meeting other people are restricted if you are in a relationship. This is in accordance with the give a lot / get a lot thing. This is also why Korea has a very high proportion of couples that you see in public compared to other countries.
-Don’t be messy. Make sure if you invite a Korean girl over to your place, everything is super clean and tidy. That’s what they expect.
-They prefer the man to make the decisions for them. So when you set up a date, be sure to decide on the places to go, schedule, etc they will be expecting you to. They are very feminine and so they prefer guys to take the initiative.

WHY A KOREAN GIRL OVER OTHER ASIAN GIRLS:
-Korean girls are known as amongst the most beautiful women in the world, at least superficially, and they are probably the most self-conscious insecure women in Asia. Almost every girl wears makeup all the time, and dresses up like its clubbing attire all the time. Short skirts, high heels, transparent stockings (yes even in winter) are pretty normal wear for Korean women. You will probably find them the most feminine out of all Asian women. They all like to have pale skin, red lips and perfect straight white teeth (unlike Japanese girls). A lot of people try to put down Korean girls thinking they have so called ‘fake’ beauty but don’t listen to them, just because they put on makeup all the time or care about their appearance a lot doesn’t mean they were ugly before. Its just a part of their manners and culture.
-Yes alot of girls get plastic surgery but to be fair, 80% of the time, this is for getting double eyelids to make their eyes look bigger. This is why you will see more Korean girls with bigger eyes than Korean guys. If you have a problem with girls wearing a lot of makeup or having surgery on her face, then Korean girls are probably not for you (You should probably try Chinese girls instead).
-As I said, if you put time into the relationship, they can be very very sweet and loving women, and very devoted. I can’t compare with other Asian girls much, but definitely they put alot of effort into the relationship.
-No expectation for the guy to cook or do housework, since most Korean men can’t. But its always a plus if you can!
-For marriage, guy buys the house, but girl will buy the furniture, girl’s family will pay for wedding, and chuseok/new year’s preparations are almost solely done by the women.
-Great fashion sense, and you’ll also notice 90% of Korean girls don’t wear glasses, preferring contacts or lasik surgery instead. Also, no dowry like in China/India.
-Korean women shave every part of their body except ‘down under’, but some do if you ask them to.
-Most Korean girls are very polite and nice to people, but also very shy at first glance. You have to get them to open up.

DOWNSIDES
-Korean girls can be very very superficial and shallow sometimes. They care alot about fashion, style, appearance, hygiene. They don’t like facial hair. So go for a clean cut appearance, no glasses, blazer, collar shirt, khakis etc are all good. No baggy stuff, tattoos, messy hair, beards, bling etc they hate that.
-Guys who are tall and fit and muscular definitely have an advantage over other guys.
-They are high maintenance. You have to put a lot of time into them, and spend a lot of time with them. This is why you always see couples everywhere in Korea. They are very dependent on guys. So you can’t be ignoring them or spending time with other people as often.
-Again, the extreme jealousy part… Korean girls can get pretty crazy if they find you with another girl talking or texting. Be wary of these things.
-Yes some girls are gold diggers, but this can be said for any girl in the world, so take caution with that.
-More so than any other Asian race, Korean women are loyal to their race and because of their conservative culture, a fair amount only stick to Korean guys. So just be aware there’s a sizeable portion that you just can’t get as a foreigner.
-The hottest girls (10s) don’t speak English at all. Which makes them pretty much Korean men material only. You can try but… unless you are a celebrity it will be very difficult.

All in all, Korean women IMO are the hottest girls in Asia, surgery or not. Their mind is in between Chinese women and Japanese women, which means they aren’t totally blunt but not totally hiding their emotions either. If you like a girl who cares about her appearance, and are willing to put in the time and effort you will be rewarded, so check out South Korea if you have the chance. Hope this post helps you guys. 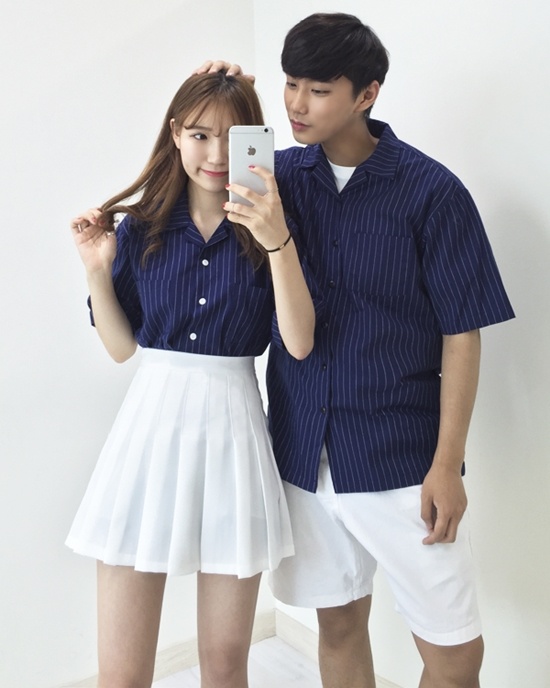