One month left until I leave Korea. How time flies. Over the last 2 months I’ve been traveling around Korea for my last trip and farewell tour… going to Daegu, Busan, Gyeongju, Ulsan and Jeju island. 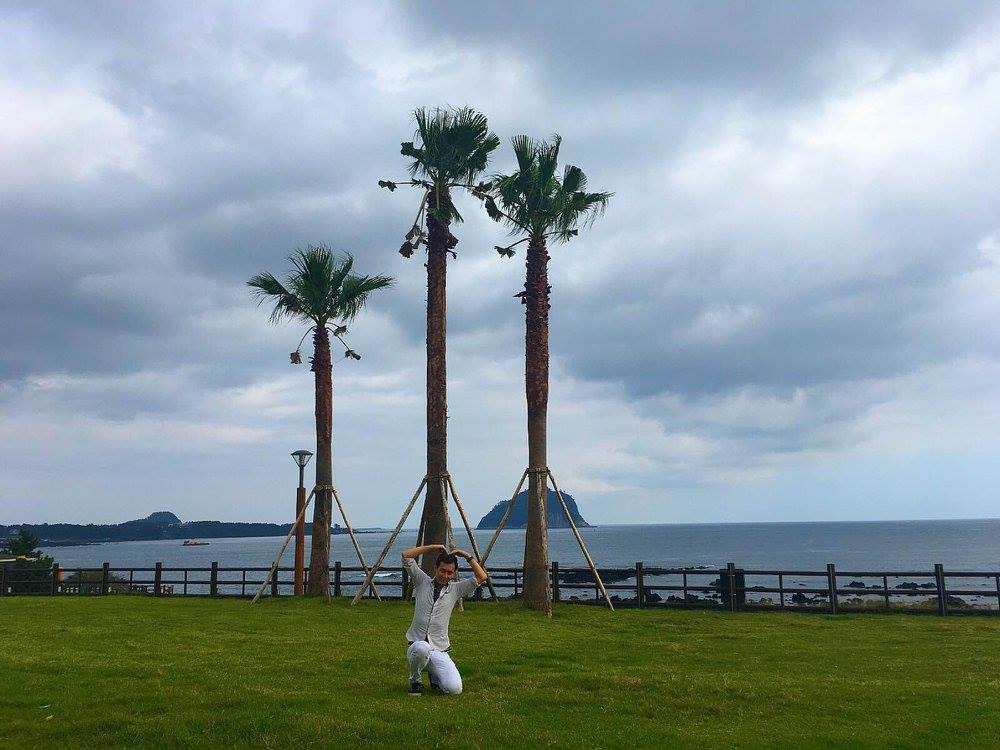 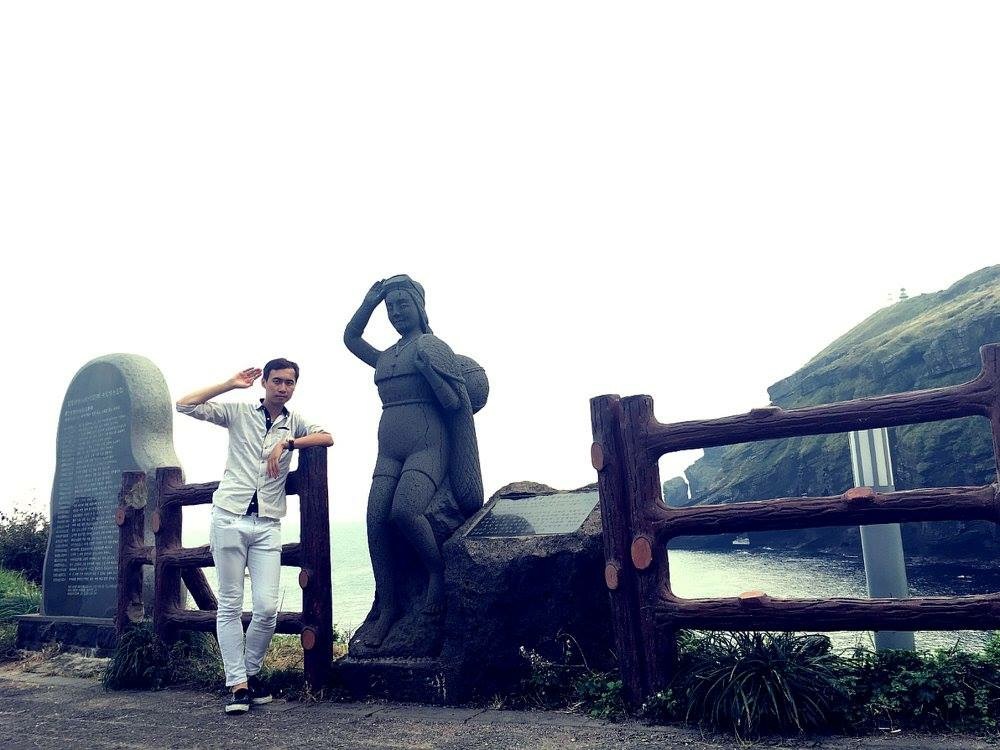 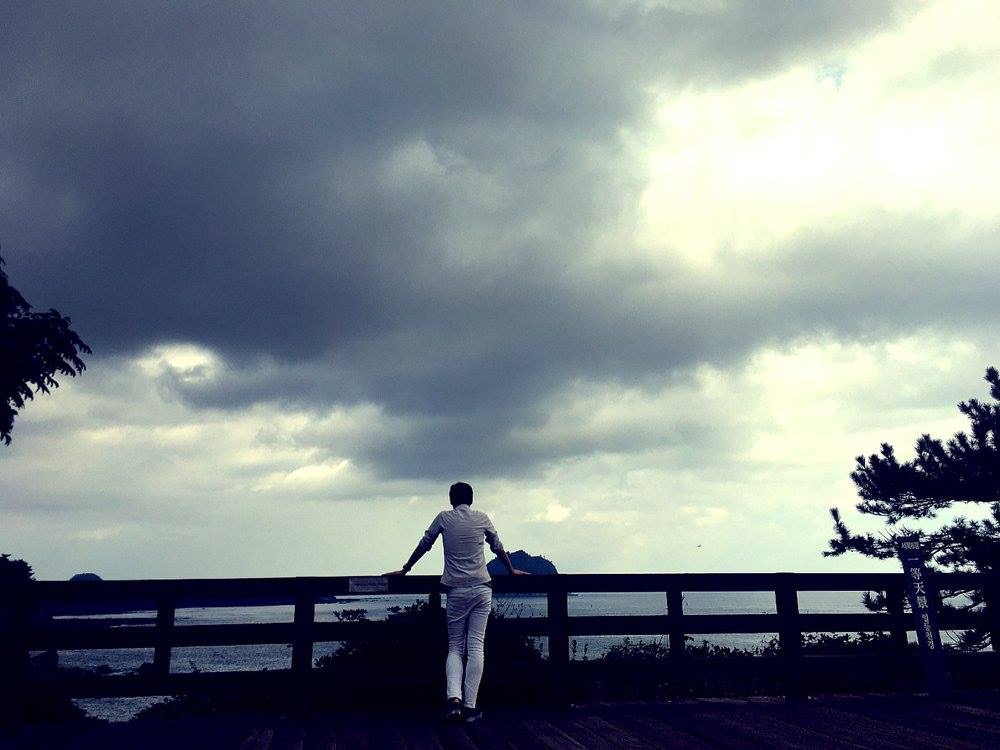 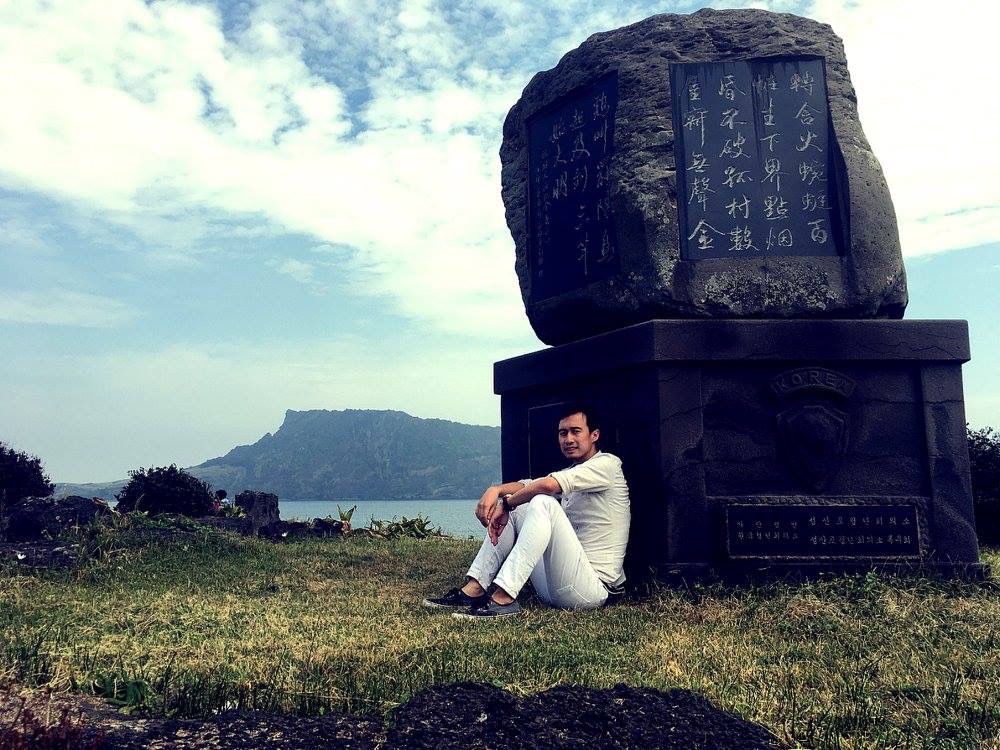 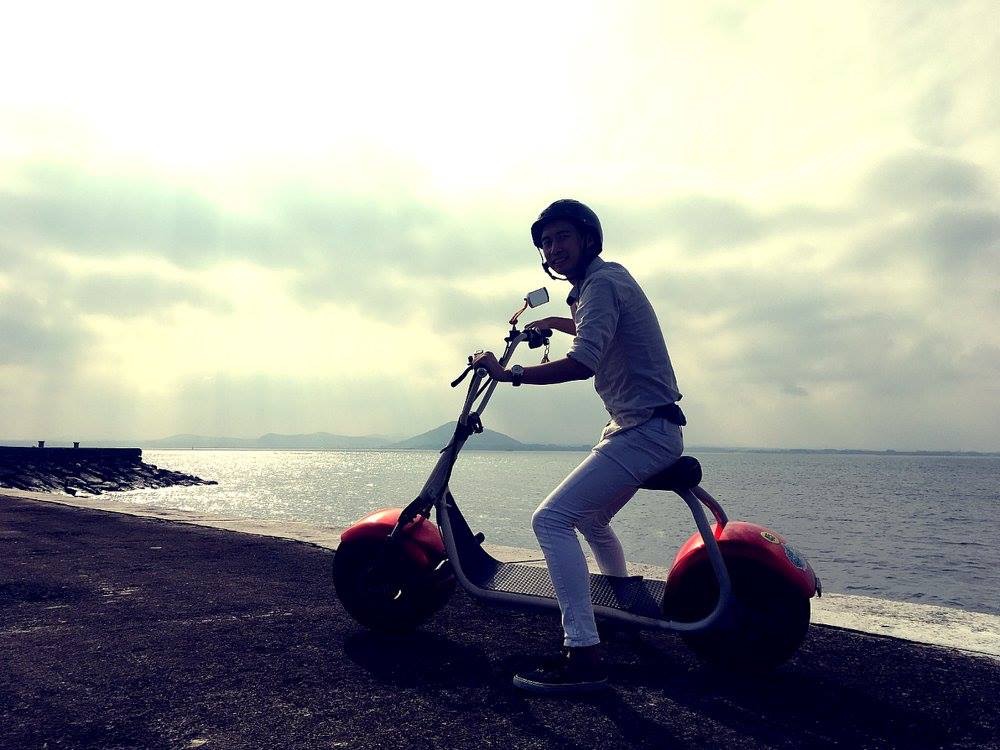 It was a really good time, even though I traveled alone (and theres tons of couples in Korea like always), I’m used to doing things by myself, so it was alright. Jeju was probably the best, lots of beautiful scenery there, especially in Udo island.

These days, I’ve been so homesick about my home in San Francisco, its driving me crazy… I keep looking at old pics of my home, even reconstructed my home in The Sims 3 just to get the feeling of being back… but its not the same. I’m tired of living in Korea now. Turns out, working at night, sleeping in the daytime, and eating instant ramen and fast food everyday for 2 years can take its toll on my body. I’ve traveled everywhere, done everything, and now I just want to say goodbye to my friends, sell all my Korea stuff, and go back.

I’m a little bittersweet about leaving Korea though… I am leaving in one month, almost exactly one year after I arrived in Korea in Dec 2014. Can’t believe its been 2 years already. My feelings about Korea have changed obviously since I first arrived here.
When I first came here, I was excited at the prospect of living somewhere new in Asia, experiencing the nightlife, meeting lots of pretty girls, all while making American salary. That sounds good on paper – but in truth, Korea turned out to be much better for traveling than for living. When you come to Korea for the first time, everything is amazing. Everything is open late. Everything is done very fast and efficiently. The subway is one of the best in the world. The women are super feminine and gorgeous. The service is awesome. You can drink alcohol in public. There’s no shady drugs or gangs roaming around, its a very safe country. But then once you start living there, things become different.
The nightlife got tiring after a few months. The girls were much harder to get than I expected. Friends become busy and cannot hang out often anymore. And doing things in Korea became very difficult because they prevent foreigners from doing a lot of things. For example, getting internet, buying a phone, getting a phone contract, buying things online etc all those things require Korean citizen ID or a Foreigner resident ID (which I don’t have since I work remotely). All these things made it very hard for me to live in Korea.

1) Most people in Korea meet their partner through introductions from their friends, which you can imagine is geared towards native Koreans. As a foreigner the only methods I could meet someone is through going to meetups or language exchange websites/apps. But as I learned, a lot of other guys (even Korean guys) use those methods to meet girls, and most Korean girls are very loyal to their race and prefer to date Korean guys. Furthermore, the majority of girls I am meeting are only there for language exchange, not interested in a relationship, or simply too busy or not interested to continue contacting with me.

2) In Korea, work is like hell, and office workers, teachers, etc almost all workers work very long hours and are often very busy as a result. So most of my close friends are too busy to hang out with me. In addition, some of my friends are getting or got married, and so obviously don’t have time to meet either. So, the difficulty in getting a girlfriend / getting close to girls compounded with my friends being busy, and seeing couples all the time on the street and tons of beautiful girls outside that I will never have a chance with, led to a very depressing and lonely 2 years for me. I am disappointed, though I don’t regret coming to Korea since I learned a lot here and matured a lot, especially with regards to relationships and knowledge about Korean culture.

3) This also combined with the fact that working the night shift is slowly ruining my health and sleeping patterns. I noticed that I don’t have as much energy as before, not as productive at work as before, getting sick easily, and not sleeping very well either. Getting a job in Korea would be worse because I would still be working until very late, but not making much money and working more hours and not having enough time.

4) The fourth reason is not being able to do what I want (like buying things online, or having a real cellphone number), eat the food that I want (only Korean food and instantfood in supermarkets here), is what led me to become very homesick and sick of Korea these past 3 months.

These four reasons are the main reasons why I cannot stay in Korea for the long term. Its a great place to travel, great place to party, great place for nightlife, and the girls are absolutely stunning. I do have a bias towards Korean girls, but I hands down think they are the best girls in the world. They care so much more about their appearance compared to other girls (makeup, fashion, etc everything), they are extremely feminine (never saw any tomboys here) and they also care about their boyfriends and husbands a lot (trust me I’ve seen so many Korean girls being lovey dovey with their bfs everyday). They make great girlfriends (had experience with this) and wives (they often do cooking/cleaning/housework and take care of kids well), and they are loyal, nice and polite. The girls will be the main thing I miss about living in Korea, but I realized something when I thought more deeply about moving back to USA and Canada.

I can always find Korean girls back in USA and Canada (albeit there’s less of them and more competition, but there is still).. but I cannot enjoy my US/Canada life in Korea. Finding a Korean girl to bring back to America has also been difficult. I thought it would be easy since Koreans live such a hard life, and I had a good job and apartment in San Francisco, already, but I discovered that most Korean girls were very conservative about changing their life patterns… they didn’t want to quit their job or move abroad even if I promised them I would take care of them. They don’t like to take risks in general. That’s a difference in thinking, I believe. So I thought maybe the more open minded girls were back where I came from… the ones who were already abroad. It would be easier to convince them. I had been looking in the wrong place the whole time. And although I will have more competition from both Western men and other Asian men chasing them, I have matured somewhat during my stay in Korea. After having several Korean gfs here, I learned a lot about Korean girls, their thinking, their culture, a lot about how relationships work in Korea. I also found there was a massive difference between Korean girls and Chinese girls, both in looks and in personality. Since I grew up in a Western country, I have to be more open minded to look for girls that are the best for me, everywhere in the world. Not just my own race, not just in my own country. And having traveled to China, Europe, Taiwan, Japan, etc I still maintain a firm belief that Korean girls are 100% undoubtedly the best girls for me and in my opinion the most perfect women on earth. They are special and unique (I already explained this in previous posts), and I will keep trying to achieve that goal of finding a good Korean girlfriend and marrying her.

Last year, I had the worst luck with Korean women, but this year was better. The past 3 months I’ve met at least 5 girls that were willing to date me – as long as I were to stay in Korea. Where were they last year?? I cannot stay longer this year, even if I have a really beautiful sweet girl by my side here… the longer I stay, the more I ruin my health, and plus I have a lot of things to take care of back home in the US. I also have to prepare for my plan to move somewhere else next year. Its just unfortunate that I met all these good girls way too late. Bad timing, as always. Anyways, I hope that experience can help me find a Korean gf eventually back home.

So.. where is home now? The next step of my life is coming up. I will not stay in San Francisco, and the next place that I will move to will be Vancouver, Canada. Why Vancouver? It seems random, but there’s several reasons why Vancouver is the place I want to settle down:

1) Vancouver is about half the price of San Francisco, despite Vancouver being the most expensive place in Canada. This speaks a lot about how expensive SF is. I will have to pay more tax in Canada though, but that will be ok. It is also cheaper than living in Seattle or San Diego, two other places I considered, after factoring in the exchange rate.
2) Vancouver has West Coast climate and its the warmest city in Canada. I don’t like snow or cold weather so I ruled out New York and Toronto.
3) Vancouver has the second highest concentration of Koreans in Canada, after Toronto. Since Toronto is a much bigger city, I should be able to find Koreans more easily in Vancouver. I’ve spent a lot of time explaining why I prefer Korean girls over other girls (Asian or Western) so it makes sense that I would choose a place with a high concentration of Koreans.
4) Canadian food. Boy did I miss my Canadian sausages, flavored chips, Pizza pockets, Swiss Chalet, Timbits and Poutine…

So now my plan is to get my SF apartment rented out again, get my mortgage down to a level where I can borrow enough money to buy a place in Vancouver. That’s four reasons for leaving Korea, and four reasons for moving to Vancouver. I wouldn’t say I “wasted” the last 2 years in Korea, but definitely it was disappointing. The one thing I can say is I matured a lot and learned a lot about Korean culture, and handling Korean women (I’ve had 2 official relationships while I was in Korea). And its something I can use for my advantage in the future. Am I disappointed that I couldn’t find the girl of my dreams and bring her back? of course, but that’s how life is. Nothing comes easy. Everything is step by step. You have to wait for the right person, the right opportunity, especially for a guy like me who is very serious about relationships and don’t want to waste my time with short term flings. Patience is a virtue. I will come back to Korea in the future, but only for traveling, as it still is my favorite country in Asia and one of my favorite countries in the world, and I still have lots of friends there.

Focusing your life solely on making a buck shows a certain poverty of ambition. It asks too little of yourself. Because it’s only when you hitch your wagon to something larger than yourself that you realize your true potential.