Why do some people hate Kobe Bryant but love LeBron James?

I’d say it’s the reverse. There are far more people who hate Lebron but love Kobe. 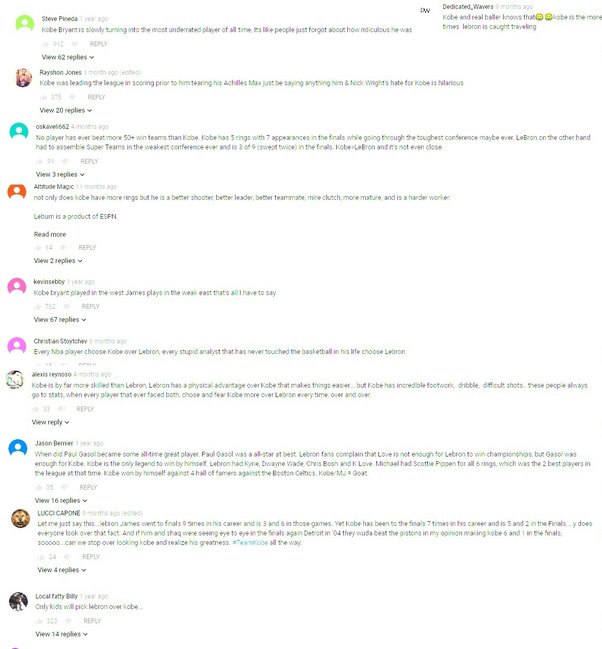 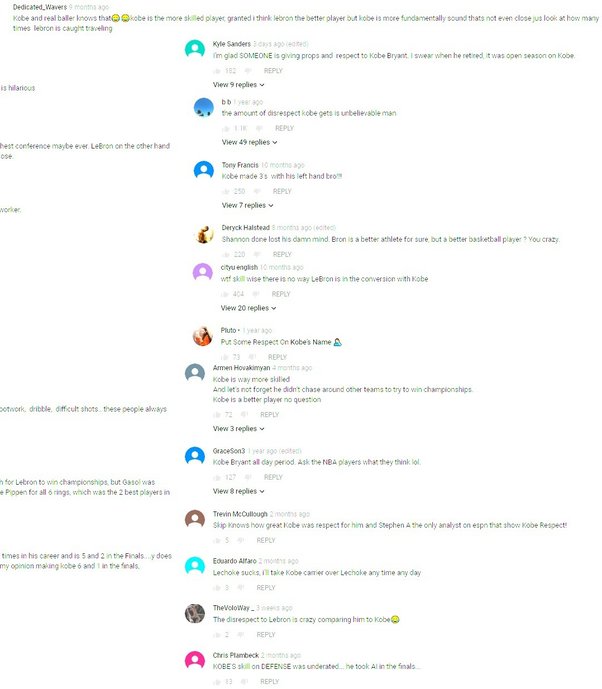 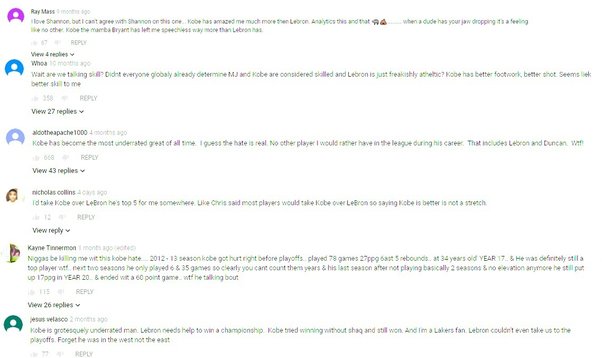 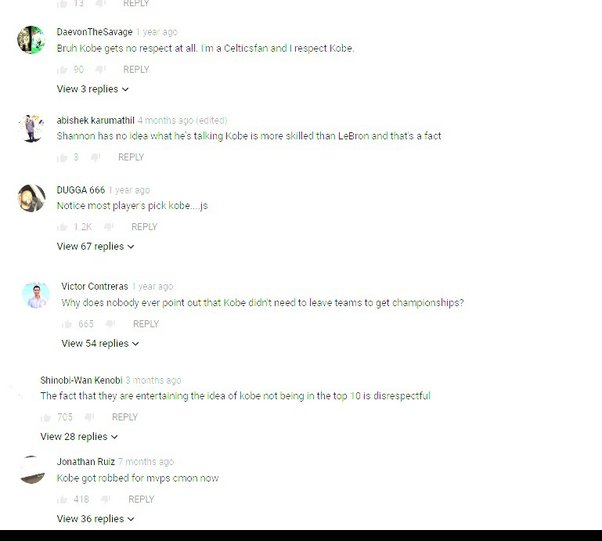 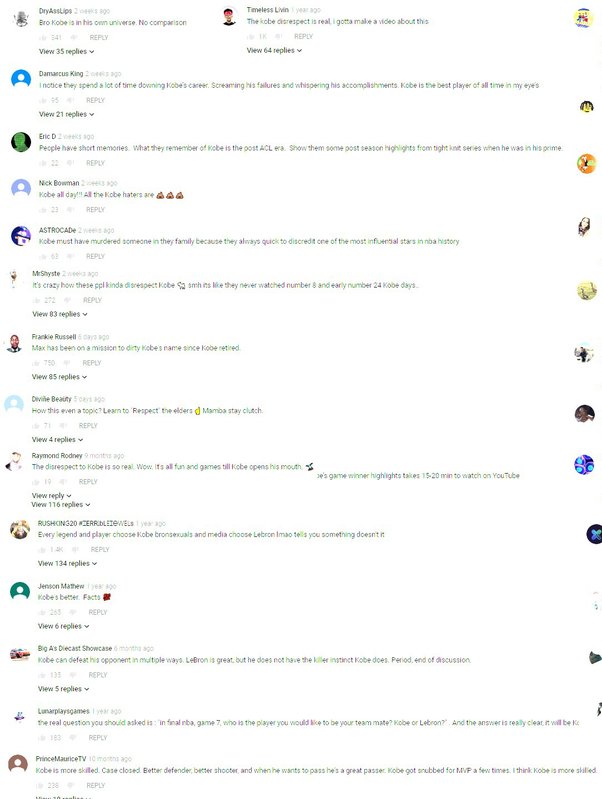 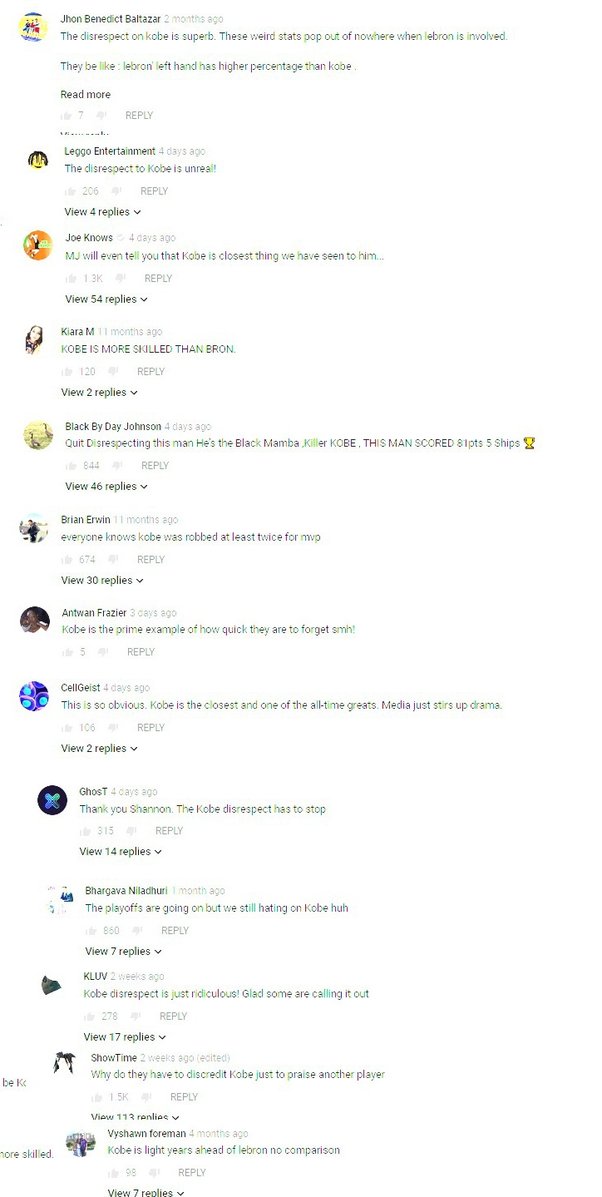 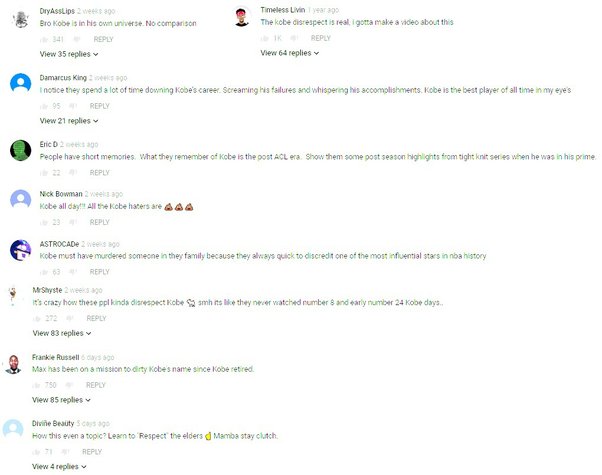 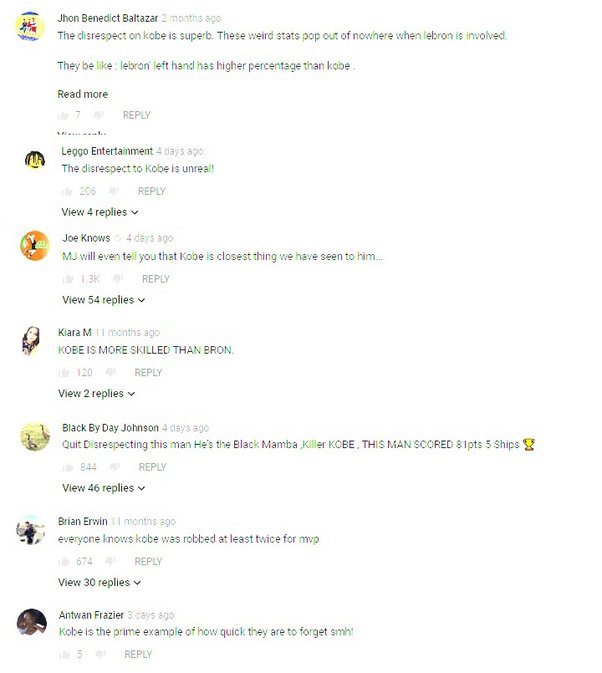 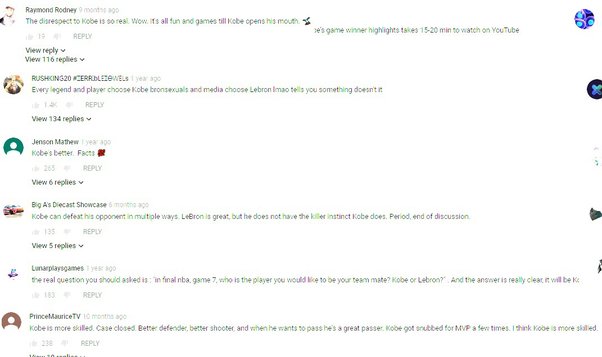 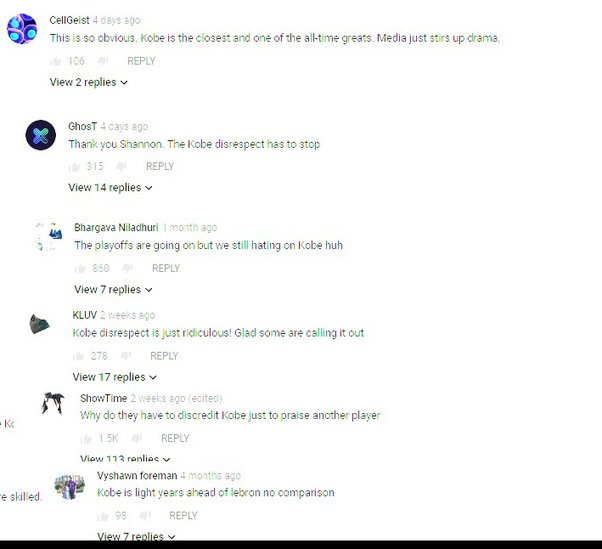 “Kobe is light years ahead of Lebron no comparison”
“Kobe is better. FACTS”
“Kobe is great, but does not have the killer instinct Kobe does. Period. End of discussion”
“KOBE IS MORE SKILLED THAN Lebron”
“The disrespect to Kobe is superb. These weird stats pop up whenever Lebron is involved”
“Kobe is more skilled than Lebron and that is a fact.”
“Lebron needs help to win a championship. Kobe tried winning without Shaq and still won”
“Kobe is more skilled. Case closed. Better shooter, better defender, and when he wants to pass is a great passer too”
“Why does nobody ever point out that Kobe didn’t need to leave teams to win championships”
“Not only does Kobe have more rings but he is a better shooter, better leader, better teammate, more clutch, more mature and is a harder worker. Lebron is a product of ESPN”
“Kobe played in the West James played in the weak East that’s all I gotta say”
“Pau Gasol was an all-star at best. Lebron fans complain Love isn’t enough to win for Lebron but Gasol was enough for Kobe. Kobe won by himself against 4 hall of famers against the Boston Celtics. MJ/Kobe = GOAT”
“Lebron went to Finals 9 times and was 3 and 6 in those games. Kobe has been to the Finals 7 times and was 5 and 2 why does everyone look over that fact”
“Only Kids will pick Lebron over Kobe”
“WTF skill wise there’s no way Lebron is in the conversation over Kobe”
“LeChoke sucks. I’ll take Kobe over LeChoke any day”
“Kobe has amazed me much more than Lebron”
“Kobe has become the most underrated great of all time. There’s no other player I’d take in the league in his era. This includes Lebron and Duncan”
“Most players would take Kobe over Lebron so saying Kobe is better is not a stretch”

See what do all these Kobe fanboy comments have in common? They’re all either relying on rings, counting # of all stars each player played with, discrediting Lebron for playing in the East, saying Kobe was more ‘skilled’ and had ‘killer instinct’ which are subjective measures, or just saying plain false stuff like ‘Kobe is more clutch, more NBA players say Kobe is better etc’ 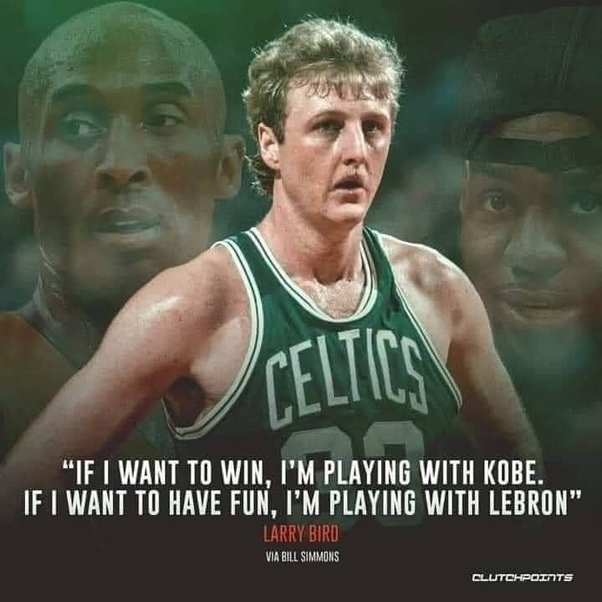 I’ve seen this quoted so many times and it’s taken WAY out of context. https://www.youtube.com/watch?v=AAEiIdQwX50 this is the original interview done in 2012. That’s right, this was before Lebron even won his first ring so of course he’s going to pick Kobe who had a 5 ring lead on Lebron at the time. But he also said in the SAME interview that Lebron was ‘by far’ the best player in the league at that time. It’s desperate and pathetic by Kobe fans to take quotes out of context like this and then not mention the fact that Bird praised Lebron too in the same interview

So to me, I’ve seen way more people love Kobe but hate on Lebron, often for reasons that are very casual and never backed up by any proof or evidence.