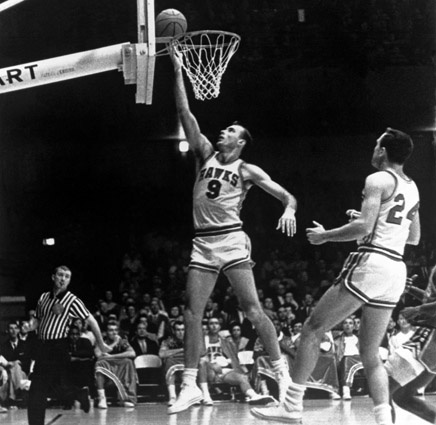 Yeah I’m going with Pettit over Mikan and Cousy. The reasoning being: Mikan had no competition for his time and it was pre shot clock, pre goaltending era, he was playing in a baby version of the NBA basically. Cousy was a great player but he was overshadowed by his teammate Bill Russell.

Pettit – one of the most underrated players of all time – I feel that he is the best player of the 50s, he won 2 MVPs in the decade and was the only player to beat Russell’s Celtics in the Finals. He also would have *dominated* Mikan if he was playing at the same time. And was an alpha dog on the team unlike Cousy. He never averaged below 20 pts a game and he holds the third highest rebounding average all time. It’s definitely him. 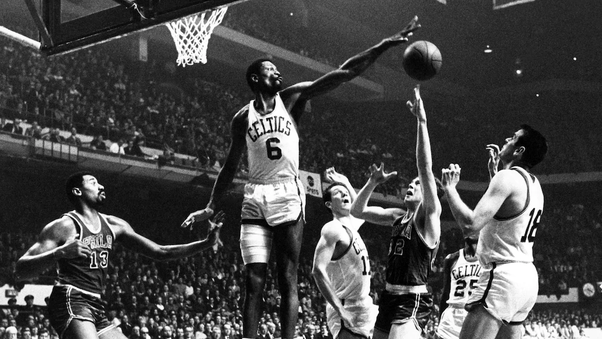 The only other choice is Wilt Chamberlain here. Now I love Wilt but if I’m looking at the achievements only by this decade, Russell has to take it. He won every single ring of the decade except for one year. He led the league in defensive win shares almost every single year. You might say that Russell had a better team than Wilt most of the time – which was true – but Russell had intangibles that Wilt didn’t have. Wilt had all the tangibles – all the stats, athleticism etc – but there is the fact that Russell is 10–0 in Game 7s. It’s not like his team was that dominant that he demolished Wilt or West’s teams every year, there were many many times where Russell’s Celtics came close to elimination – and Russell pulled through almost every time – he was 17–2 in elimination games. Russell was the Jordan of centers. He had that killer instinct that no one else had. He was the leader of the most dominant dynasty in all of pro sports. I have to put him here. 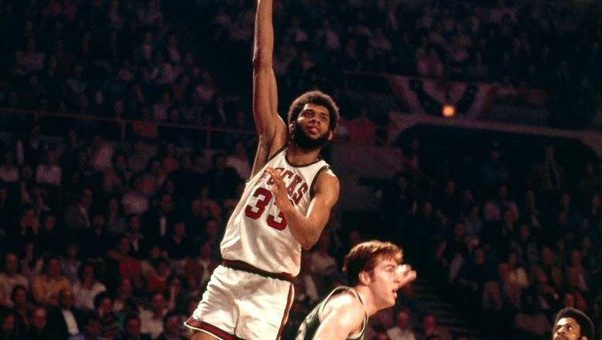 Kareem won 5 MVPs, 1 Ring, 1 Finals MVP in the decade and starred in Game of Death with Bruce Lee. How can you beat that resume? Really the 70s is generally the hardest decade to rank because of how divided the league was and how much parity it had. There was no clear superstar of the decade like there was for the 80s and 90s. That said – although Kareem had a tendency to get outrebounded and outworked on the glass by guys like Dave Cowens and Moses Malone and Bill Walton and old Wilt Chamberlain – he still outscored them all and was still a stellar defensive player no less. I’m taking Kareem. 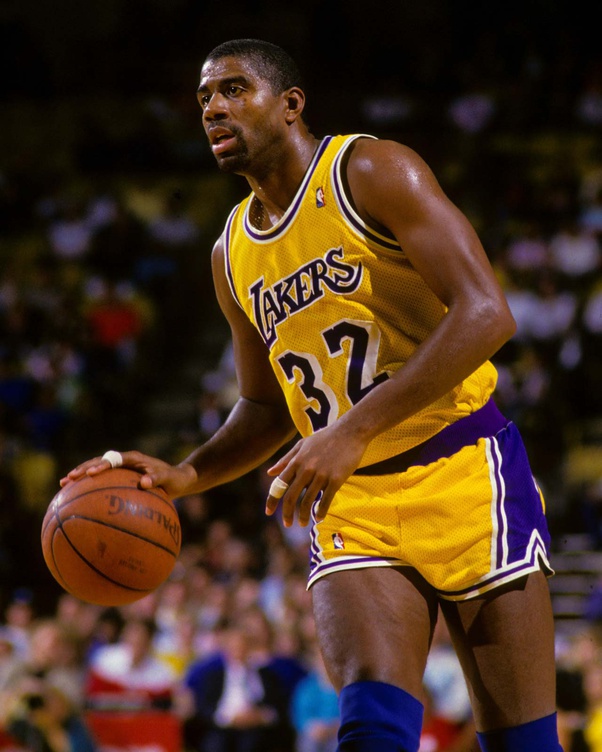 I’m taking Magic over Bird. He had 8 Finals appearances in the decade – that’s literally every year except for 1981 and 1986 – and won 5 of them. He beat Bird’s Celtics 2–1 in the Finals that decade. He also has 1 more Finals MVP than Bird. So yeah I’m going with probably my favorite player of all time – Magic. 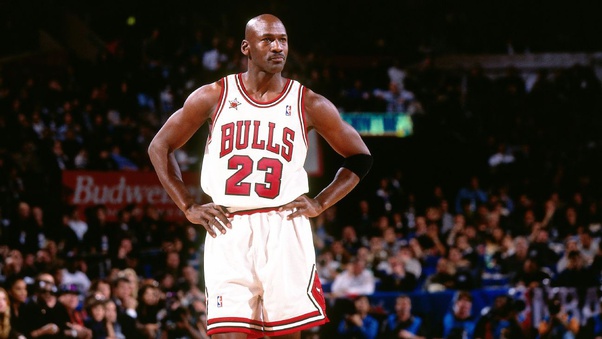 Do I really need to explain this one? 6 Finals, 6 rings, 6 Finals MVPs during this decade. Nuff said. 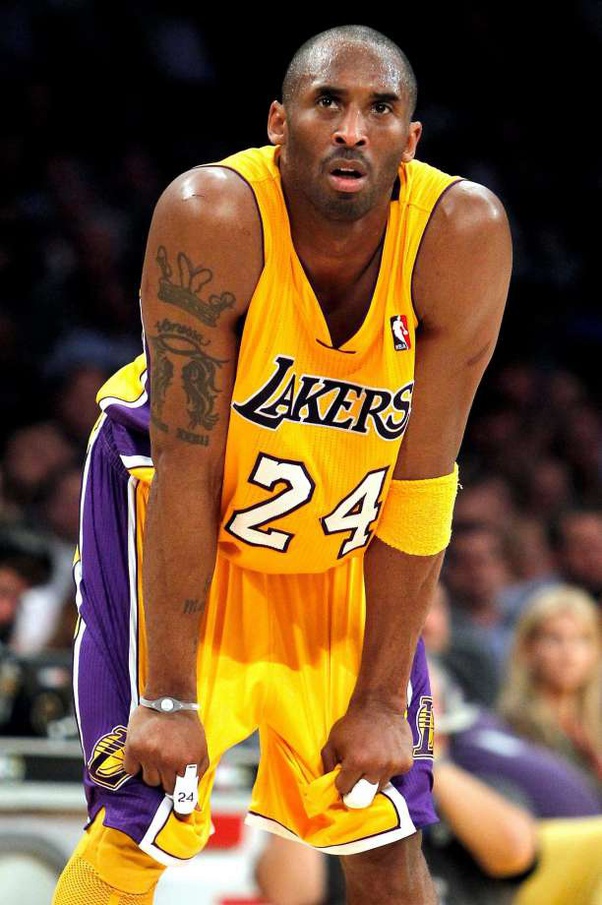 Really Tong? I thought you hated Kobe, so why is he on here instead of Duncan? Let me explain. Yes I do think Kobe is overrated by the vast majority of fans but we’re talking about just the 2000s decade alone? Duncan’s dominance was spread out through 3 decades – which is incredible – while Kobe’s dominance was mostly focused in the 2000s. That’s the basic reason why I am picking Kobe here. If this was about who was the all time greater player – I’m taking Duncan – but here we’re talking strictly about the 2000s then I’m taking Kobe by a slim margin. Duncan was 3–0 in the Finals in the 2000s, had 2 MVPs and 2 Finals MVPs, but Kobe was 4–2 in the Finals in the 2000s, had 1 MVP and 1 Finals MVP. He had more Finals appearances and rings than Duncan, but less MVPs and Finals MVPs. It’s a very tough decision, but I gotta go with Kobe because having twice as many Finals appearances as Duncan in the same decade is not something to throw away – I value Finals appearances whether they end up winning or losing, which I will take into account for my next player here. 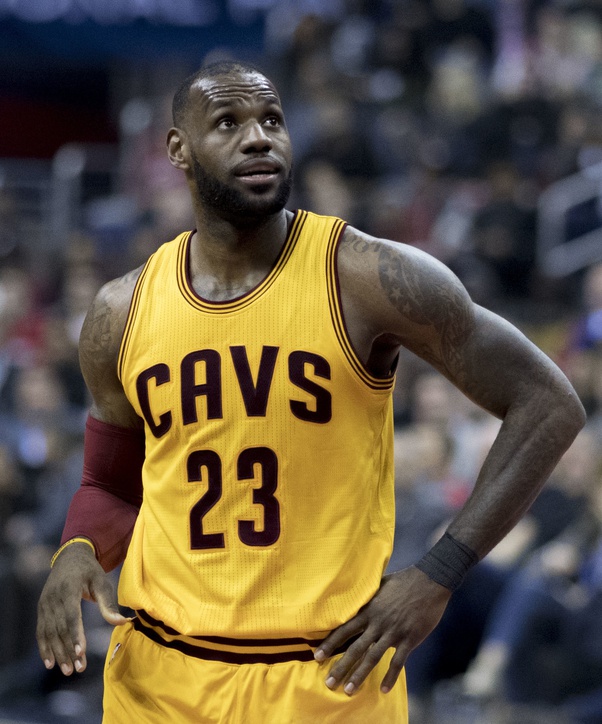 What else can I say here, this guy went to every single Finals of the decade except for 2010 and 2019. Unlike Magic, he did this with 2 different teams which is actually more impressive since usually it takes time to gel and build chemistry with a team, but Lebron is just amazing, he takes two completely different rosters and takes them to the Finals every single year. I don’t think there’s any other reasonable pick for this decade. I like Durant and Curry but they aren’t Lebron James.