Who is the best NBA player that doesn’t get enough credit?

in my opinion it’s Pau Gasol 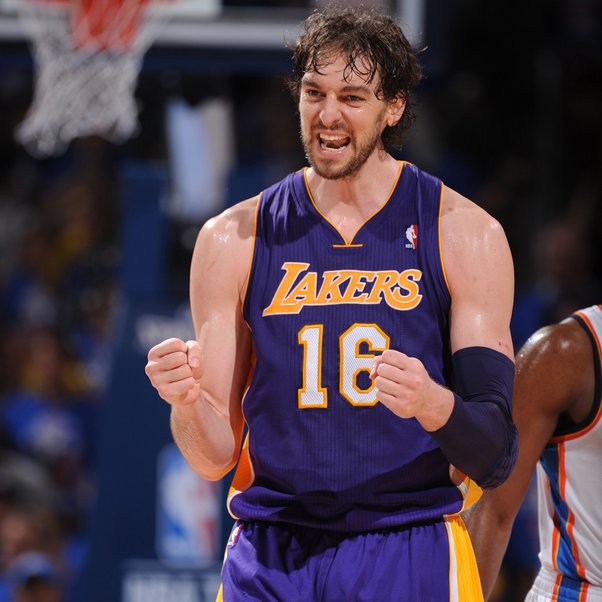 He really was the key catalyst for Kobe and the Lakers to go to 3 straight Finals winning 2 more rings and most people don’t appreciate just how valuable Gasol was. The problem is a lot of Lakers fans are not Lakers fans at all but in fact, Kobe fans. This is why a portion of the Lakers current fanbase don’t like Lebron. Why would they dislike a player who brought them a championship? Because he is ‘infringing’ on Kobe’s legacy, that’s why. and for Pau Gasol (as well as Lamar Odom, who I mentioned as one of the best players never to be an all star), they get very underrated and underappreciated because these Kobe fans want to push the narrative that he carried his team to 2 rings. 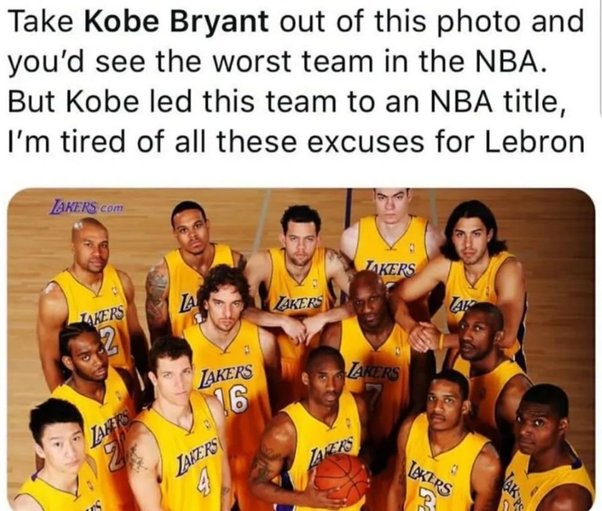 ^ See, pictures like this posted by Kobe fans that make the rounds on social media are incredibly disrespectful to Gasol (as well as Odom, Bynum, Ariza, MWP, Fisher etc)

the major change was Kwame Brown -> Gasol on the roster with Kobe actually scoring a bit less. and Gasol gets downplayed into being a ‘scrub’? Cmon now.

So saying that Gasol was just a ‘scrub’ is so disrespectful to him. 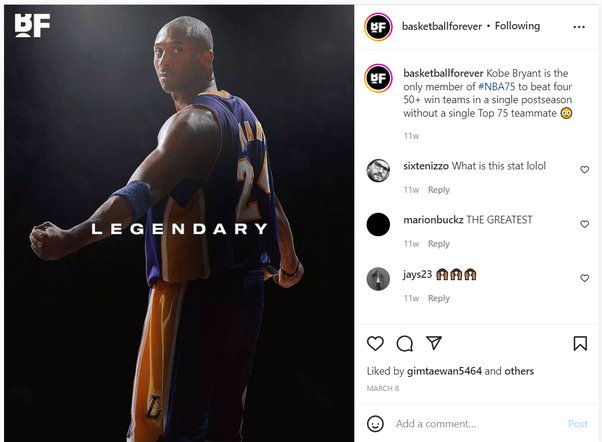 so yeah pages like this which post things like Kobe beat all these 50+ win teams without a top 75 player is incredibly disrespectful to Gasol. And Gasol really was snubbed from that list – even though analysts didn’t seem to mention him that much. He’s a 6x All-Star, 4x All-NBA and was clearly a top 2 player on two championship teams and he’s not top 75? Yet Robert Parish is on there as a third wheel for all his rings? It’s weird. And his number still isn’t retired by the Lakers yet for some reason.

So yeah.. the Gasol disrespect really needs to stop. He was snubbed from the NBA Top 75 list and he is a top 15 PF of all time. Give him some credit.