Depends on what you like. I’ve had both. In general A5 Japanese Wagyu is far more expensive and the meat is far more tender than Hanwoo beef. Eating A5 Wagyu is almost like eating the beef version of Foie Gras due to the way it melts in your mouth.

Hanwoo beef tends to be somewhat similar to American Wagyu in my experience – it has the chewy ‘beef’ flavor but with markedly more tenderness than the typical American steak – halfway between an Angus steak and a Japanese Wagyu steak – and the fat/marbling content is usually right in between these two as well.

I haven’t had the chance to directly compare these side by side though. There are a few Korean restaurants where they do serve Australian Wagyu and Hanwoo – and the Hanwoo is more than double the price (probably to take advantage of Korean nationalistic tendencies to eat their native domestic beef) 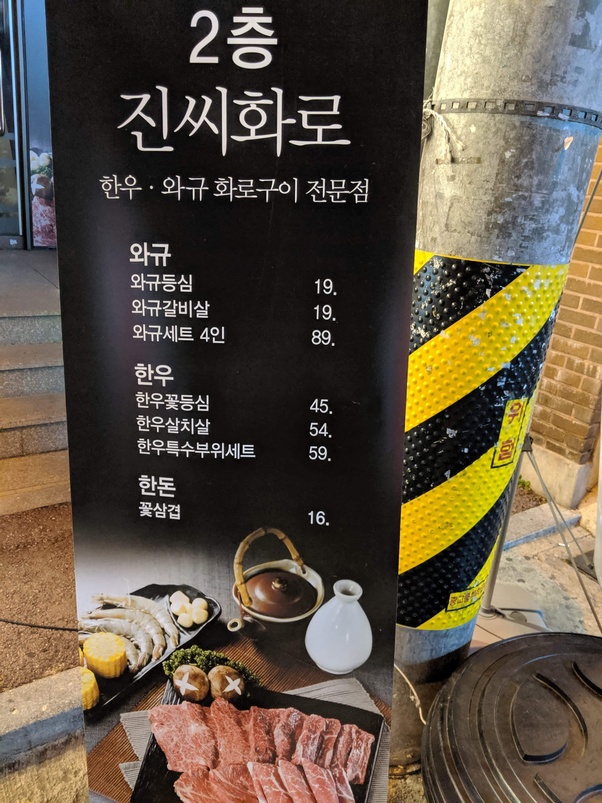 The premise is debatable. Let’s take an unbiased look at the achievements of each country in the last 20 years:

-Has lifted millions out of poverty

-Has technologically caught up to both Japan and SK with high speed bullet trains, 5G wireless technology and smartphone technology

-Owns a significant portion of the Hollywood industry: Legendary Pictures for example is wholly owned by a Chinese company

-Has the world’s second most billionaires after the USA

-Approval rate of Xi Jinping at over 85%

-GDP/capita remains the fourth highest in Asia, after Singapore, Japan and ROC (Taiwan)

-Economy was hugely impacted by the 1997 Asian Financial Crisis; since then the economy has been growing but at a far slower rate than China has

-Technology wise, Samsung and LG have overtaken Japanese brands Sharp, Sony, Panasonic, JVC, Pioneer, Toshiba, Fujitsu, NEC etc and essentially pushed them out of the market. Hyundai and Kia have caught up to Toyota, Honda and Nissan with regards to quality perception.

-Continues to develop great public infrastructure, the fastest internet speeds in the world and free public wifi anywhere Every public place in Seoul will have free WiFi by 2017

-Minimum wage increased but unemployment rate, especially for the youth, continues to lag behind other developed countries

-Startup scene in South Korea is still quite anemic due to the remnants of the conservative Chaebol culture which continues to dominate the South Korea work industry; this makes it wary for investors to offer venture capital, and more difficult for small companies to compete which leads to the unemployment rate situation above

-Moon Jae In (President of SK) approval rating at a mere 45% Moon’s approval ratings at 45% after 2 years in office – Koreans have rarely sustained high approval ratings for their Presidents due to corruption, scandals, and the generally more conservative society

So back to the OP’s question, is South Korea really more advanced and successful than China? Perhaps in only a few areas.

-GDP/Capita -> China is catching up on this front, but the reason SK had a huge head start is because they had a market economy for 2 decades longer than China did, and because SK was one of the four East Asian Tigers (all small East Asian countries), it developed very fast in the 70s-90s, China had to struggle under the Mao era for 2 decades.

-Entertainment industry -> China’s heavy handed approach to censorship kind of handicaps them in this area, but China’s entertainment industry is mostly domestic focused. They have such a big domestic market that they don’t need to export that industry yet. South Korea on the other hand, has to export in order to survive, and they’ve perfected the art of marketing to foreigners at this point, which is why they have succeeded so well with their Hallyu industry. It’s worth to mention that China owns many Hollywood studios as well, which also means they don’t need to necessarily export their own movies; they can just leverage Hollywood movies to make money.

In the economic, business and technology sense, China has caught up and/or exceeded Korea.

Kobe cannot win any statistical comparison with Lebron.. Kobe fans have to resort to either the ring argument or ‘mamba mentality/killer instinct’ argument to place him over Lebron.

and we can also take a look at the awards

Be kind, for everyone you meet is fighting a hard battle.