Should overseas Chinese be loyal to China?

However, a lot of mainland Chinese seem to have opinions about how overseas Chinese like me think or should think 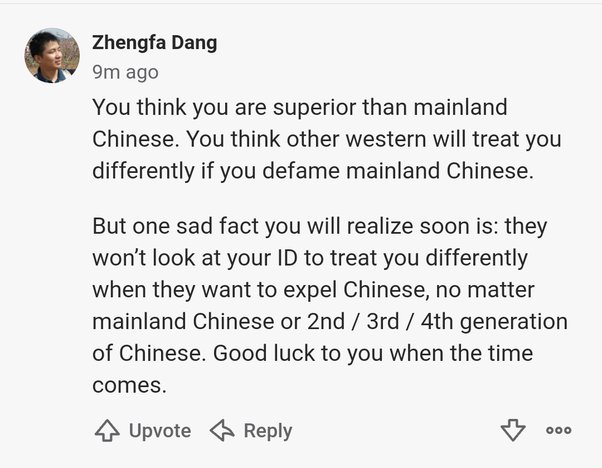 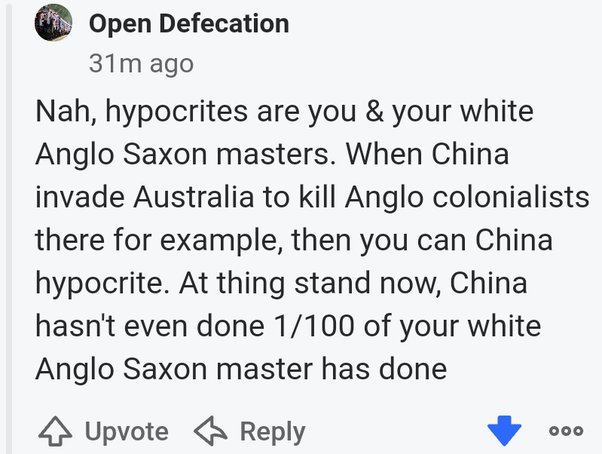 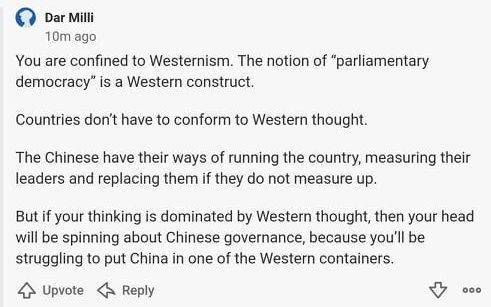 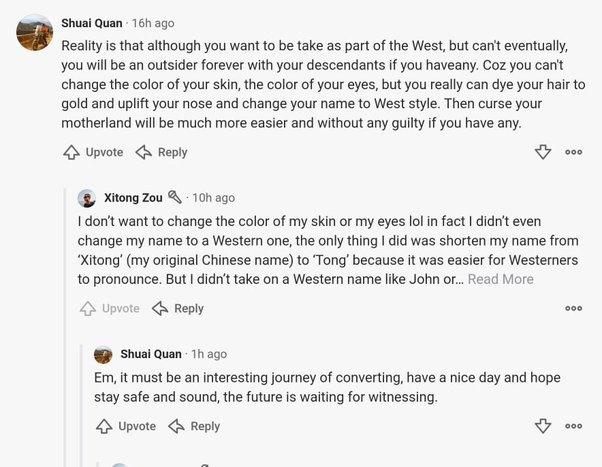 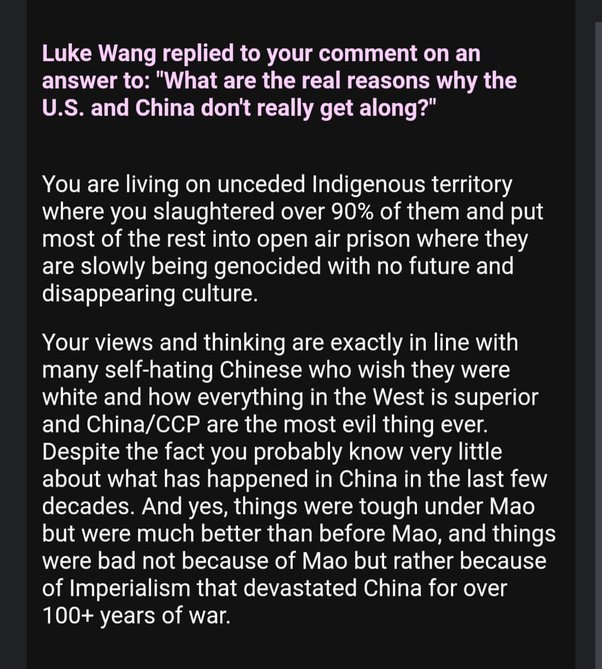 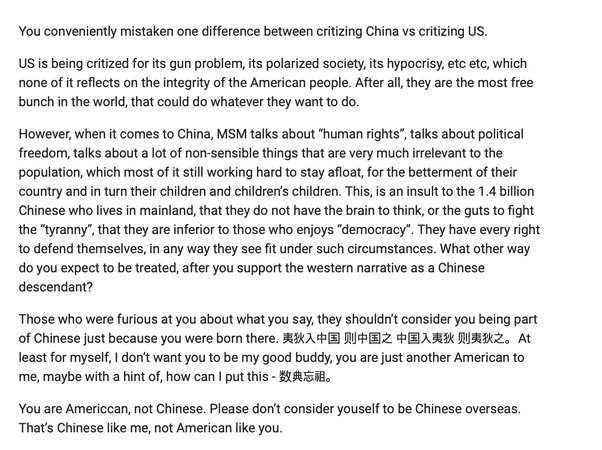 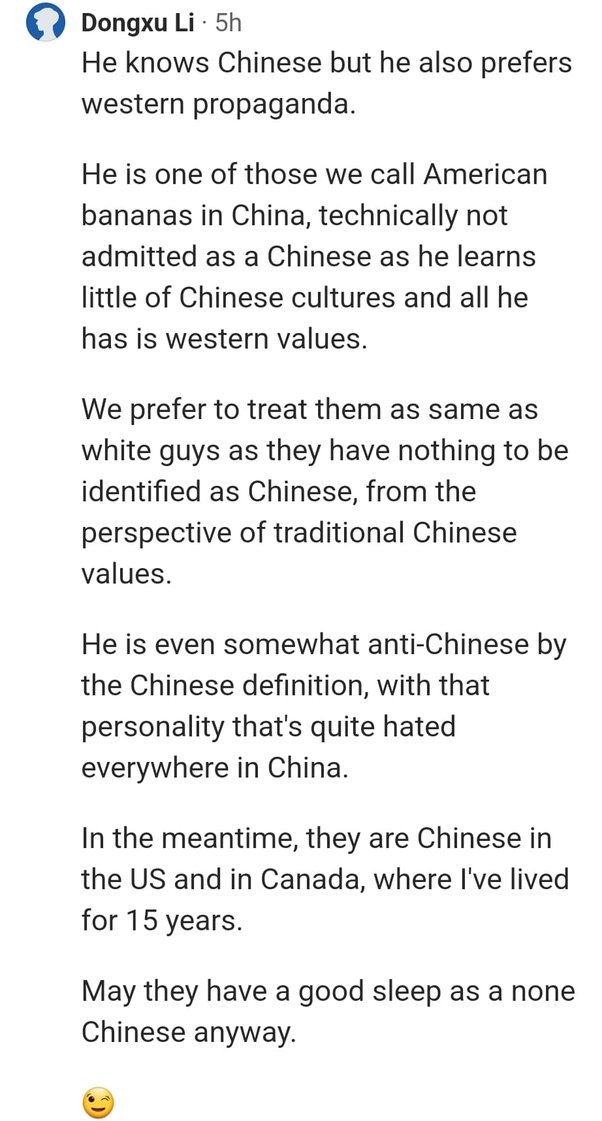 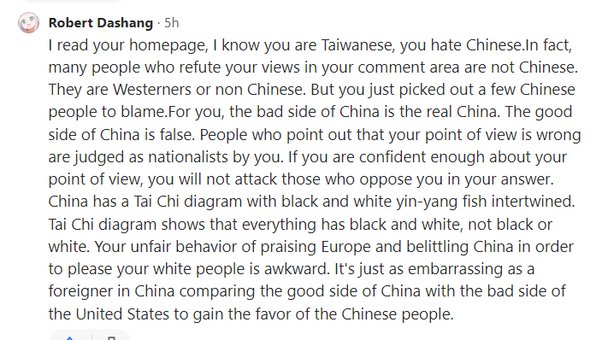 So apparently me not liking the CCP = brainwashed by Westerners, banana, traitor, ‘han jian’, ‘filled with Western values’, Taiwanese, self hating, etc

Or… how about this. I just don’t like the CCP because of legitimate reasons like disagreeing with the way they assert authority or control or having a paramount leader like Xi Jinping having no term limits. I like some Chinese leaders and I dislike some American leaders. I liked Jiang Zemin and Hu Jintao and Deng Xiaoping. I hated Trump and disliked George W Bush and Ronald Reagan.

Edit: posting another exchange I had with a commenter below because I find it hilarious 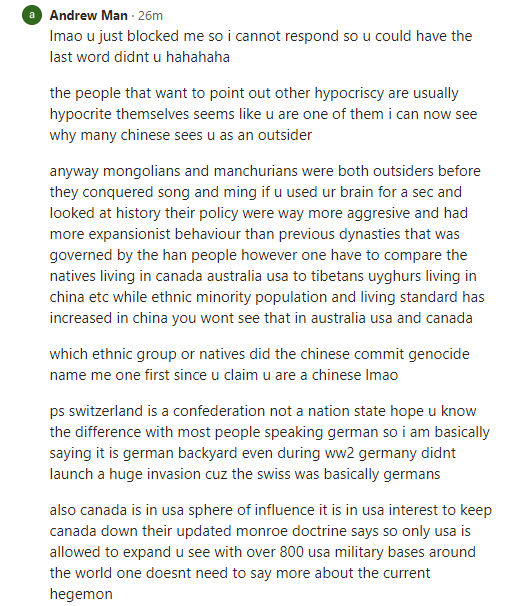 So first “Andrew” brings up Japan and tries to co-relate Japan’s imperialism during the Meiji era with its adoption of ‘Western values’ then when I gave the example of Canada, Australia and Switzerland being Western countries who didn’t invade or annex anyone else he says well Canada can’t because it’s blocked by the USA and Switzerland ‘isn’t a real country’ LOL.. and another huge irony is that he says that imperial china would not invade or annex their neighbors like Japan did.. uhh have you seen the map of the Qing?

Does he think China got all this territory peacefully ^???? LOL

Oh.. and Japan already tried invading Korea/China in the 1500s. That’s way before it had ‘Western values’. And he brings up the 800 US military bases but conveniently doesn’t say anything about Russia invading Ukraine or the Middle East doing invasions all the time. It’s only if Western countries do the invading then it counts right? Russia doesn’t count because it’s an ally of China’s. And I bet if I bring up genocides like this

he’s just going to deny that China ever did it and say it’s Western propaganda.