Can you make a case for anyone other than Wayne Gretzky as being the best hockey player of all time? 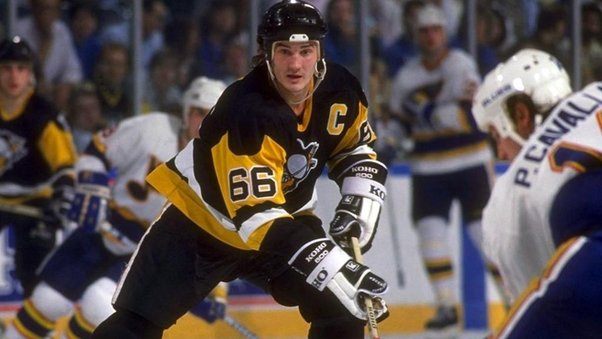 With all due respect to Gordie Howe and Bobby Orr, they played in an era much different from the modern era. Mario Lemieux was talent-wise arguably the greatest player ever – including Bobby Orr who openly said Mario was the greatest talent he’s ever seen. Not only was he a big player (6′4) but he was deceivingly fast and a very good playmaker as well as being a great scorer as well.

Now you might be wondering, what’s Mario’s case over Wayne Gretzky, the player considered the GOAT hockey player by most? Wayne Gretzky is a phenomenal player, and career wise, is untouchable – he’s called “The Great One” for a reason. The reason why most consider Gretzky the GOAT is because he has the best career out of any player.

But Mario’s case for GOAT is not based on his career – it’s based on his talent and potential. Mario Lemieux achieved all those NHL records I listed while not playing for a strong of a team as Gretzky did (Gretzky played for a stacked Oilers team in the 1980s while Lemieux pretty much carried his Penguins to 2 Stanley Cups), never playing a full season, only playing in 915 regular season games, all while in constant pain and having numerous ailments.

Fact of the matter is, a healthy Mario Lemieux is a more talented player than Wayne Gretzky. There I said it. He didn’t have the fortune of playing with such hall of famer teammates as Jari Kurri, Paul Coffey, Glenn Anderson, Mark Messier, Kevin Lowe like Gretzky did. As great an individual player as Gretzky was – his Oilers team was stacked. Mario with his unique combination of size and speed and skill, was able to lead a Penguins team that wasn’t nearly as stacked as any of Gretzky’s Oilers teams to 2 Stanley Cups, and set numerous NHL records throughout his career WHILE battling injuries and pain the entire time. That’s what makes Mario the GOAT in my eyes.